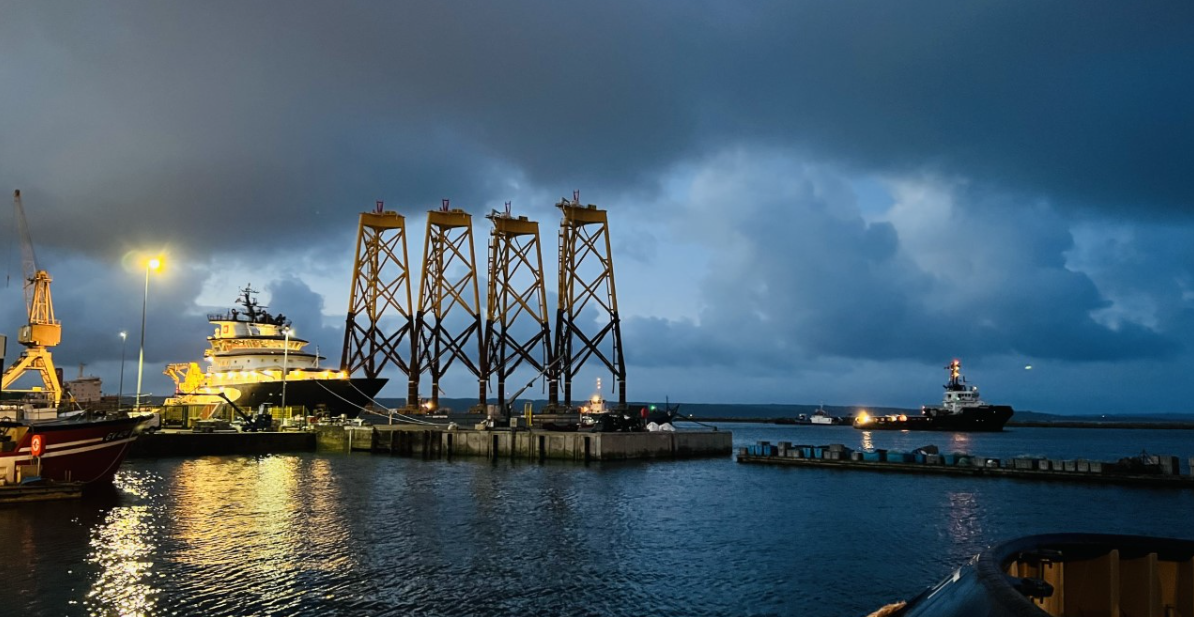 Using Subsea 7’s Seven Borealis vessel, Van Oord installed the first jacket foundation, located in the northern part of the project site and has already started installing the second one in the same part of the site, after starting the work several days ago.

The sealing of the lower legs of the first foundation to the piles will soon be carried out by the vessel North Sea Giant.

Meanwhile, Van Oord’s vessel Aeolus continues with pre-piling work at the remaining foundation locations. To date, more than a quarter of the wind farm foundation locations have been drilled and equipped with piles, with this work expected to continue until 2023.

The 496 MW Saint-Brieuc is the first offshore wind farm in France to be equipped with jacket foundations, following the developer’s decision from 2014 to use this type of foundations after the feedback from a consultation process with sea users and, in particular, professional fishermen.

The foundations, which will support 62 Siemens Gamesa 8 MW wind turbines, are being delivered by the Navantia-Windar consortium, which sent off the first batch earlier this month and has been performing part of its project in Brest, France.

The offshore wind farm is located in the Bay of Saint-Brieuc in Brittany, 16.3 kilometres from the Breton coast.

Once operational next year, the 496 MW Saint-Brieuc wind farm will be producing 1,820 GWh of electricity per year.