Acta Marine has signed a contract with Siemens Gamesa for the charter of a walk-to-work service operations vessel (SOV) Acta Auriga to support the commissioning activities of both Fécamp and Calvados offshore wind farms, respectively in 2023 and 2024.

The vessel, owned and operated by the Dutch company Acta Marine, will be responsible for providing safe accommodation and transportation of cargo and project personnel as well as tools required for wind turbine commissioning.

Acta Marine will engage with various local stakeholders in the projects and will work with local suppliers including ship agencies and port authorities.

On behalf of Siemens Gamesa, Acta Auriga will begin on Fécamp wind farm in the second quarter of 2023, when the offshore wind turbine installation is expected to begin.

The vessel will assist in the mechanical completion and commissioning of the 71 Siemens Gamesa SWT-7.0-154 wind turbines located between 13 kilometres and 22 kilometres off the Normandy coast in France.

All of the wind turbines will stand on gravity-based foundations, the first of which was completed at the Grand Port Maritime of Le Havre in February 2022.

The 500 MW Fécamp offshore wind farm is being built by EDF Renouvelables, EIH Sarl, a subsidiary of Enbridge, and wpd.

A year later, in 2024, Acta Auriga will provide the same services for the 64 Siemens Gamesa 7 MW wind turbines for the French Calvados offshore wind farm located between ten kilometres and 16 kilometres off the coast of the Calvados region.

Saipem is in charge of the delivery of wind turbine foundations for the project. 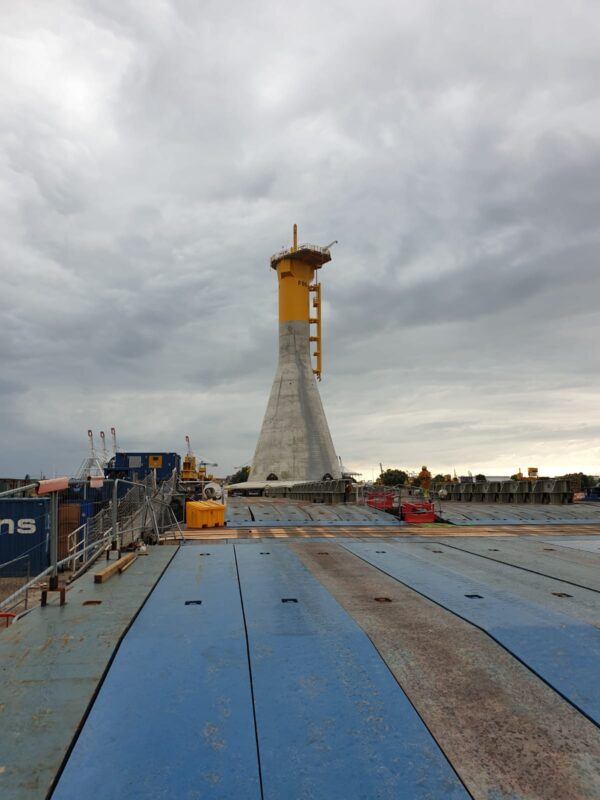