OW Ocean Winds has confirmed a capacity reservation agreement with Spain’s Navantia to build two jacket-type foundations and the associated piles for the substations of two offshore wind farms in France.

The reservation agreement is a step prior to the formalization of the contract, Navantia said.

The jackets will be built at the Navantia shipyard in Puerto Real in Cádiz, where they will generate approximately 380,000 hours of work.

The initial engineering works have already begun and the construction of the jackets will begin in early 2023. Both structures will be delivered in 2024 and 2025.

This project marks a milestone for Navantia Seanergies, the recently established subsidiary of Navantia focusing on offshore wind and green hydrogen, since this will be its first engineering, procurement, and construction (EPC) project.

”The collaboration with Ocean Winds consolidates our position as a global supplier and reliable industrial partner of several of the main international energy groups. Our commitment to green energy, and in particular to offshore wind power, is going to boost our business and add value to our partners,” said the Director of Navantia Seanergies, Javier Herrador.

The Madrid-based Ocean Winds is a 50:50 joint venture between EDP Renewables (EDPR) and ENGIE (50:50 joint-venture) with a portfolio of offshore wind projects with a combined capacity of over 11 GW.

Navantia has already manufactured 20 jacket-type structures for EDPR for the Moray East wind farm and a floating structure for its Windfloat Atlantic floating wind farm in Portugal, the latter together with its partner Windar.

”The exponential growth forecast for offshore wind power is undoubtedly an opportunity for Navantia, as it is for Spain and Europe. We want to join forces in favor of a sector that will generate sustainable growth and innovation, and will contribute to creating wealth and qualified employment,” said the President of Navantia, Ricardo Domínguez.

The Dieppe-Le Tréport and Yeu-Noirmoutier offshore wind farms were selected in France’s second tendering round back in 2014 and were approved for operation in 2018.

Both wind farms will feature 62 Siemens Gamesa 8 MW turbines scheduled to be commissioned by 2025. 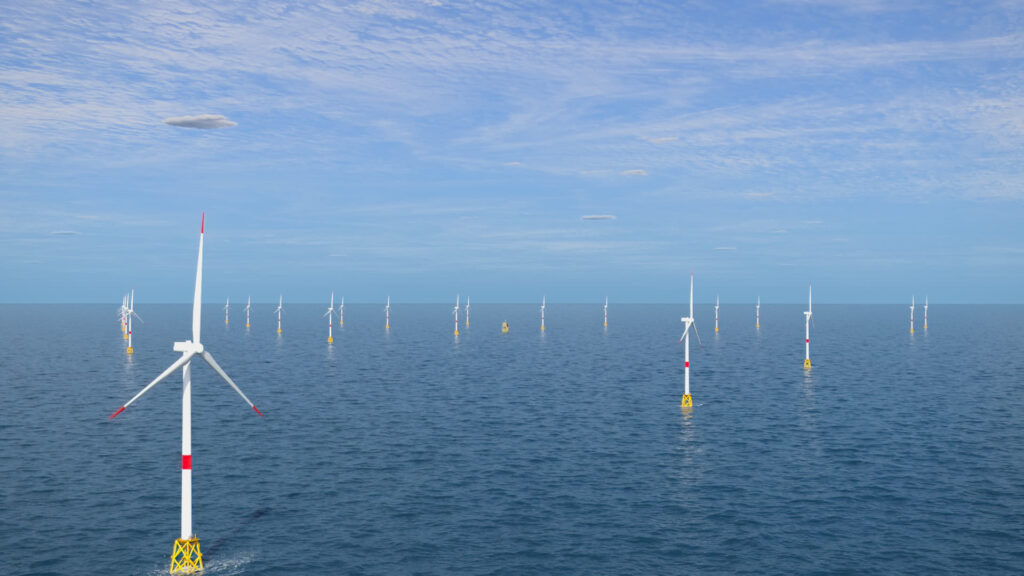