The commissioning of the substation is due to begin on 6 June and will continue throughout the Summer of 2022, while the North OSS is to be installed at a later date.

During the commissioning of the installed substation, personnel will be transported between Montrose Port and the South OSS topside by the Crew Transfer Vessel (CTV) Rix Lion, and by CTVs Forth Engineer and Seazip 6 if required, which is currently being converted from 12 to 24 PAX vessel.

Together with Wagenborg’s barge, Wagenborg 7 and two tugs, Pacific Discovery and Multratug 3, Sleipnir is in charge of transporting and installing the wind farm’s two offshore substations including the jacket foundations and the topsides.

Jointly owned by EDF Renewables and ESB and under construction 15 kilometres off the coast of Fife, Neart na Gaoithe will comprise 54 Siemens Gamesa 8 MW wind turbines.

A few months ago, the developers announced that the full commissioning of NnG offshore wind farm was postponed until 2024 due to the effects of the Covid-19 pandemic both in Europe and in the Far East.

Despite this delay, the construction of the project continued with the arrival of the first turbine components, turbine blades, and a number of tower sections at the Port of Dundee in March.

Once fully operational, NnG will supply enough electricity for around 375,000 homes and offset over 400,000 tonnes of Co2 emissions each year. 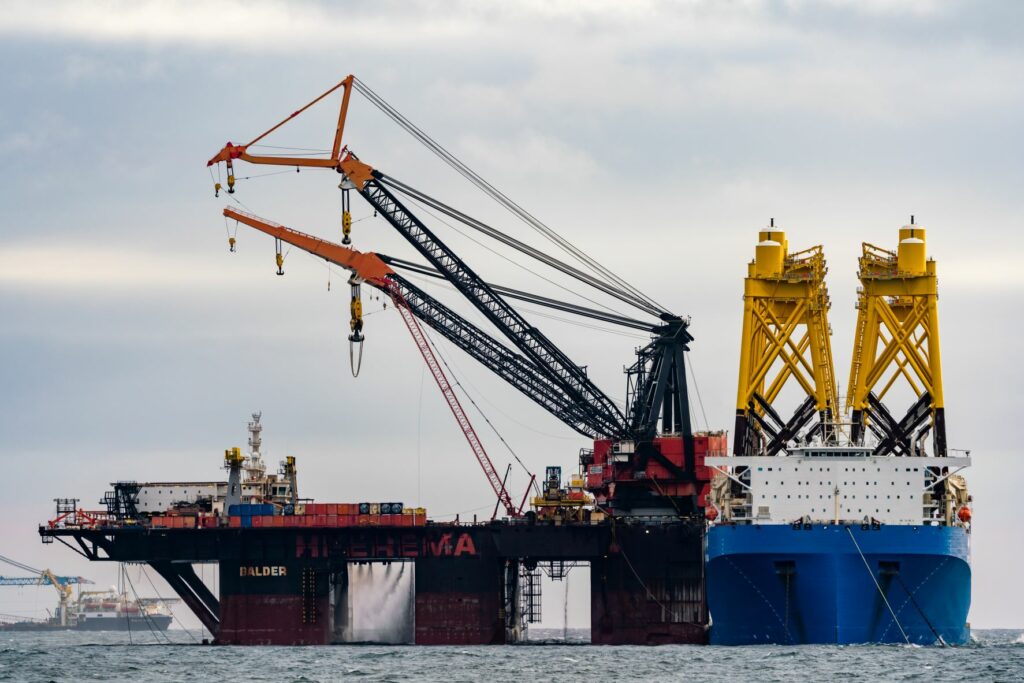