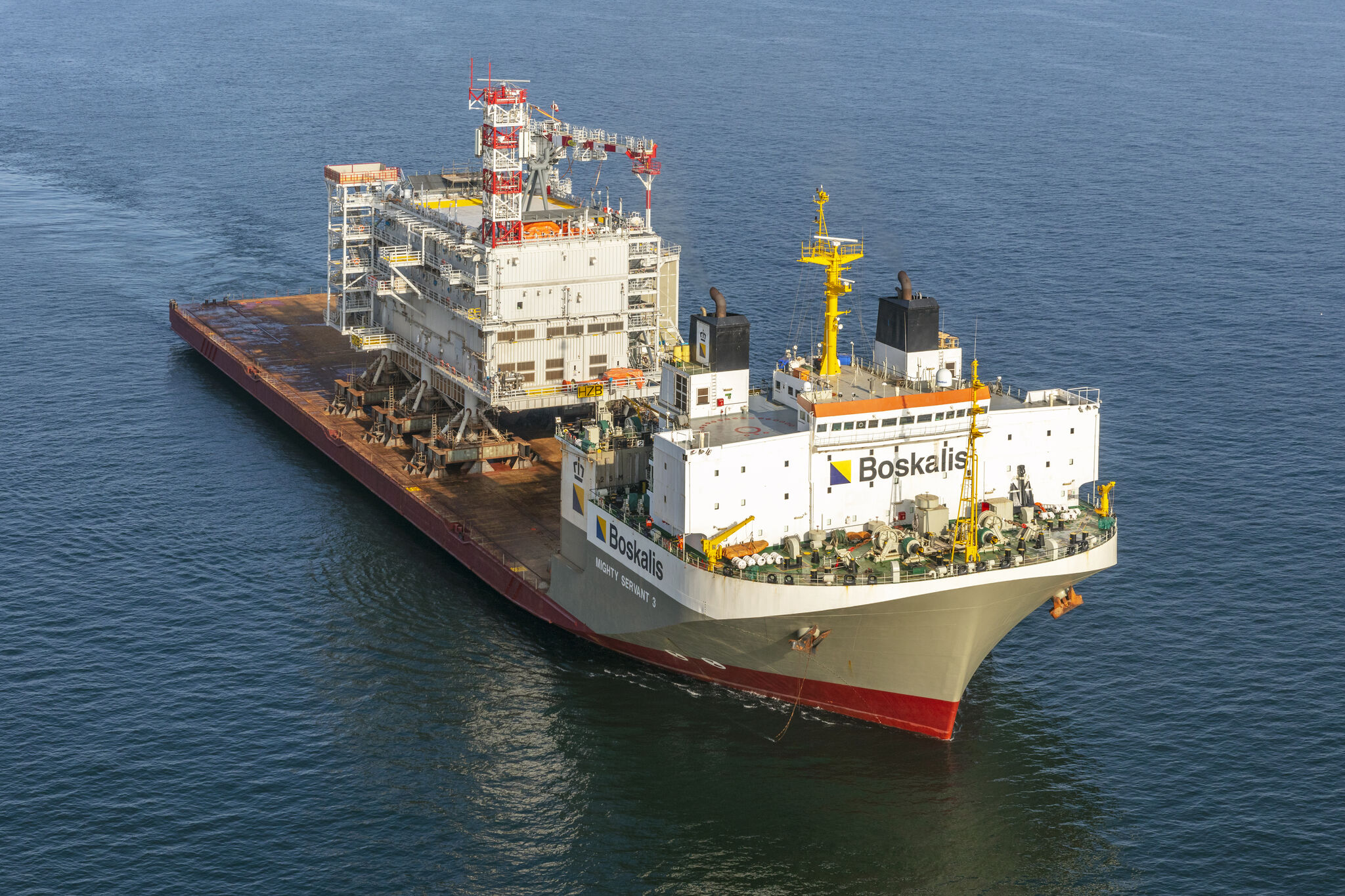 The HKZ Beta topside is scheduled to be installed in the Hollandse Kust Zuid wind farm zone in the Dutch North Sea in the coming days.

According to the vessel’s AIS data, Mighty Servant 3 and its massive cargo arrived in the Port of Rotterdam on 22 March, a month after sailing out of the Drydocks World Dubai’s fabrication facility.

The 700 MW, 3,950-tonne HVAC offshore transformer station is being delivered to TenneT by Petrofac, who also delivered the Hollandse Kust Zuid Alpha substation in cooperation with Drydocks World Dubai.

The jacket foundation for the HKZ Beta platform was installed at the site in June 2021.

At the end of January, the HKZ Beta jacket suffered damage as the cargo ship Julietta D collided with it as well as one turbine foundation at the Hollandse Kust Zuid wind farm after the vessel became unmoored during the Storm Corrie and was swept towards the wind farm.

The damage on the jacket foundation will not affect the installation of the Hollandse Kust Zuid Beta offshore substation topside, according to TenneT, which expects the topside to be installed at the end of March or early April.

The transmission system operator (TSO) said it had carried out several surveys of the damaged jacket, both above water and under water, which had shown ”…that the damage to the jacket of the platform is limited…” and that ”…the damaged parts of the jacket can be repaired at a later date.”

The HKZ Alpha and HKZ Beta offshore platforms will form the Hollandse Kust Zuid grid connection that links the offshore wind farm zone to the Dutch mainland at the Maasvlakte.

Located 20 kilometers off the Dutch province of Zuid-Holland, the wind farm zone occupies an area of 235.8 square kilometres, where Vattenfall is building four wind farms as part of the Hollandse Kust Zuid project. 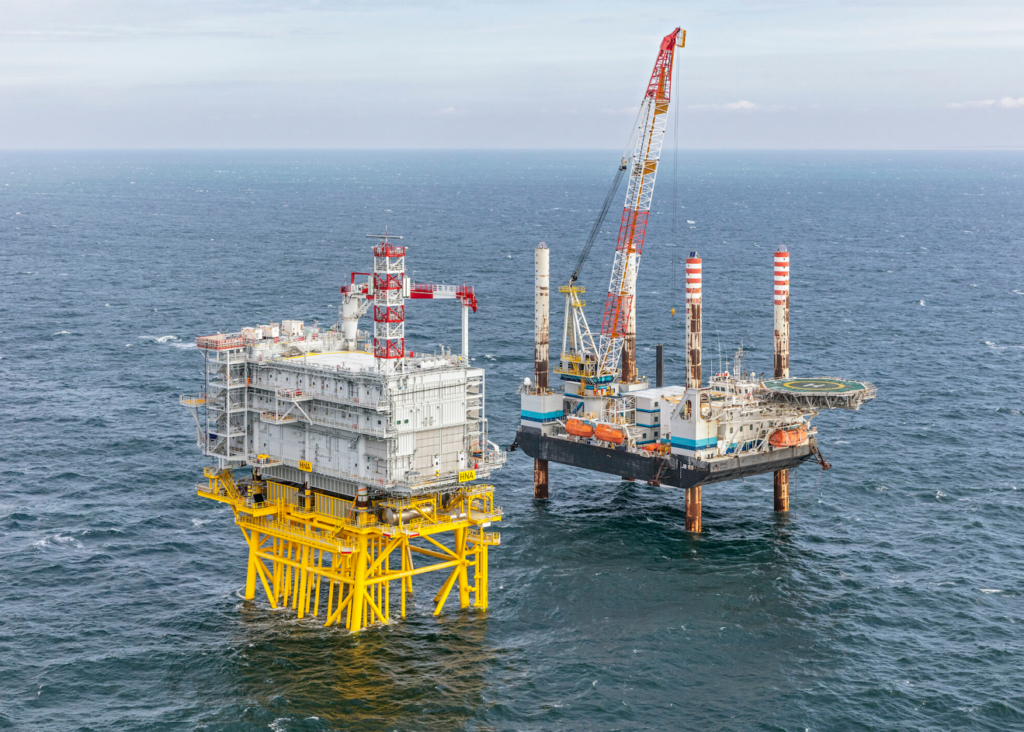