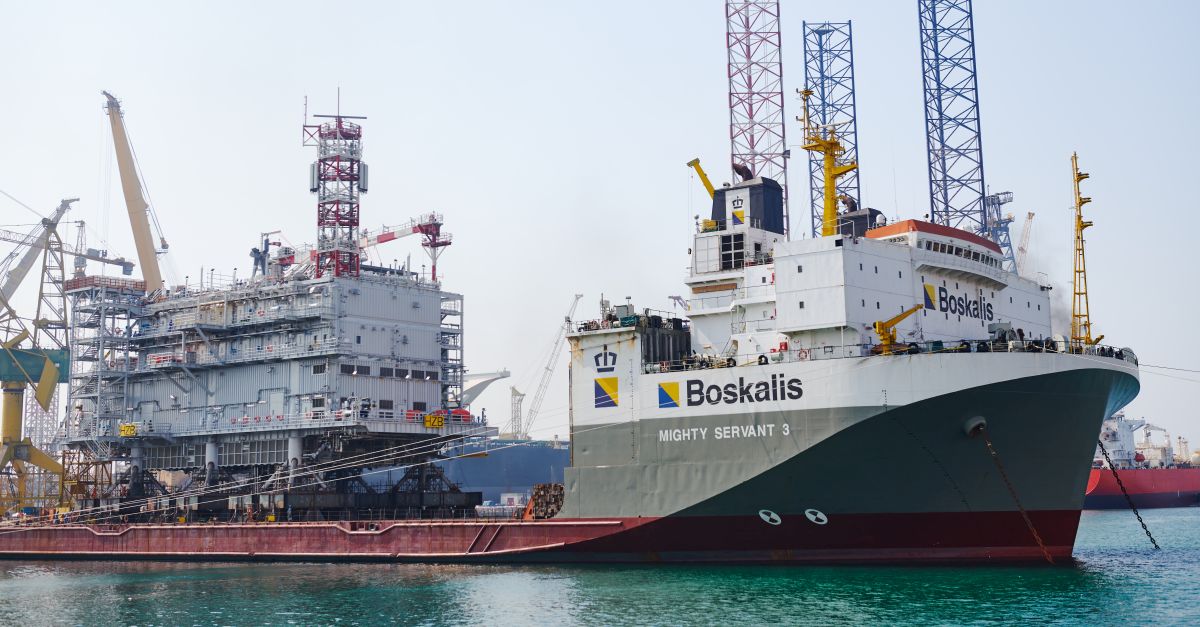 In charge of the weighing, transport and load-out of the 700 MW, 3,950-tonne Hollandse Kust Zuid Beta topside is the heavy lift specialist Mammoet, which loaded the topside onto a Boskalis vessel last week.

Hollandse Kust Zuid Alpha has been in place at its designated location offshore the Netherlands since December 2021.

The jacket foundation for the HKZ Beta platform was installed at the site in June 2021 and has recently suffered damage after an out-of-control cargo ship collided with it during Storm Corrie.

“With the completion of the Beta topside, the offshore grid that TenneT is building in the North Sea is starting to take shape. Hollandse Kust Zuid is the first connection of an offshore wind farm to the Maasvlakte”, said Marco Kuijpers, Director of Large Projects Offshore for grid operator TenneT.

The offshore platform will form part of the Hollandse Kust Zuid (HKZ) grid connection that links the offshore wind farm zone to the Dutch mainland at the Maasvlakte.

Located 20 kilometers off the Dutch province of Zuid-Holland, the wind farm zone occupies an area of 235.8 square kilometres, where Vattenfall is building four wind farms as part of the HKZ project.