The Safe Bets of Siemens Gamesa

We have seen offshore wind turbines beyond 15 MW being launched this year, new technologies introduced, and multiple wind turbine reuse and recycling initiatives kick-started. And while some OEMs have announced upcoming ‘upgrades’ to their portfolio that evoke excitement similar to that around novel features on some Android smartphones, Siemens Gamesa seems to have an Apple-like approach and makes incremental step-ups with its existing technology. Still not missing a beat in the ever-evolving market, though.

As MingYang Smart Energy, the first Chinese supplier to deliver offshore wind turbines for a European project, recently launched a 16 MW model – only a year after announcing it would have a 11 MW prototype installed in 2021 and the turbine market-ready in 2022 – Siemens Gamesa is power-boosting its now installed 14 MW prototype to an output of 15 MW and is planning to roll out a 236-metre-rotor version of the same platform.

According to the Head of Product Portfolio Management at the German-Spanish wind turbine manufacturer, which signed a Memorandum of Understanding (MoU) in China last month to license its 11 MW offshore technology in the country, it is not unusual for the Chinese market to be marketing products at a much earlier stage.

“While we are, for example, well underway with the development of the new model with the 236-metre rotor and we announced it only recently, in China it is more typical to see products marketed closer to the start of design stage”, Jan Villum Kristiansen, Head of Product Portfolio Management at Siemens Gamesa, told OffshoreWIND.biz during an interview at WindEurope’s Electric City 2021.

What differs MingYang’s upcoming 11 MW from Siemens Gamesa’s existing 11 MW now launched on the same market is that MingYang’s technology utilises hybrid drive while Siemens Gamesa has placed its bet on a direct drive platform years ago and reaffirmed it in a strategy premised on “one segment, one technology” in 2017.

What’s Under the Price Tag?

With hybrid drive technology being less pricey and therefore a possible go-to for developers with offshore wind cost reductions in mind, Siemens Gamesa has made a case for its Direct Drive (DD) by promoting its low maintenance and more room for scaling up that does not require an experimental approach.

“A generator for a direct drive turbine itself is more expensive compared to a hybrid generator, seen as single component. However, scalability, system integration and upgrades are easier, and there are fewer components, as example: failure rate in gearboxes is zero with direct drive”, Kristiansen said.

“The business case behind using direct drive wind turbines comes down to where costs will lie and how OPEX is assumed, including servicing, maintenance, and gearbox exchange”.

As the inevitable question of “when a bigger turbine will be launched” looms, now that there is a 15 MW direct drive model set to go through a demonstration stage, the increase in the rotor size on the same platform from 222 metres to 236 metres is what draws attention, especially since the rated capacity stays the same while some OEMs are announcing upping the capacity beyond 15 MW.

Here, Siemens Gamesa seems to have once again opted for solidifying its position before making a jump towards bigger nameplate capacity, which the market is undoubtedly expecting and, based on the developments so far, Siemens Gamesa will not fall back with.

Speaking about the difference the 236-metre rotor brings to the 14 MW wind turbine, Kristiansen pointed to the much higher yield of the new model that has a considerable larger swept area, but also the advantage of staying on the same platform with no additional changes to the drivetrain.

While the model with the larger rotor is also more expensive, it ultimately brings a more cost-effective solution, especially in areas with low wind conditions, according to Kristiansen.

“The power curve in some low wind conditions is such that a turbine’s full power is not being utilised, and a larger rotor allows for longer production at higher power compared to a smaller rotor. Therefore, the combined output that a turbine with the same rating has with a larger rotor brings higher energy production”, Jan Villum Kristiansen said.

The new model, which has already been preferred by Vattenfall for its 3.6 GW Norfolk wind farms in the UK, is scheduled for prototype demonstration in 2022 with commercial launch in 2024 and will feature 115-metre blades as well as working on an option to deliver RecyclableBlades.

Recyclability Is One More Safe Bet. For Developers.

Being the first to announce a fully recyclable wind turbine by 2040 and to produce recyclable blades, Siemens Gamesa is a frontrunner in what the industry is looking to achieve as soon as possible, according to Jonas Pagh Jensen, the company’s Sustainability Programme Manager.

RWE, EDF, wpd, and now Vattenfall have already lined up to use the new blades and, apparently, for a good business reason if they want an advantage in future tenders.

“We drafted the concept five years ago and then identified a supplier that could help us develop it and, as we moved forward, we could see how the society was increasingly moving towards more sustainable solutions. Now we also see commercial auctions setting requirements for recyclability, so we believe our recyclable blades fit perfectly with the development also happening on the commercial side”, said Jonas Pagh Jensen.

Right now, the recyclable blade comes with an increased price since it is new to the market.

For developers, there is an upfront investment which is said to level out at the end of the lifecycle as the blades will be significantly less costly as they hit the decommissioning stage.

“The materials that you separate will have value so you will get reimbursed for the materials. The decommissioning and recycling process are less complicated, so this part is also cheaper. In addition, it covers for the otherwise unknown costs that could emerge from regulatory moves on waste, which could increase over time”, said Jonas Pagh Jensen.

As developers currently have the option to choose between the standard and the recyclable blade, and several of them have signed up for the sustainable solution, it is a reflection of what they believe is the right thing to incorporate in the projects they are now working on, according to Jensen.

“We have developed the solution because we think that is what the market needs, but the market players of course decide for themselves. We have done our market consultancy, but it is a choice that customers make and a reflection of what they believe is the right thing for the project they are working on”. 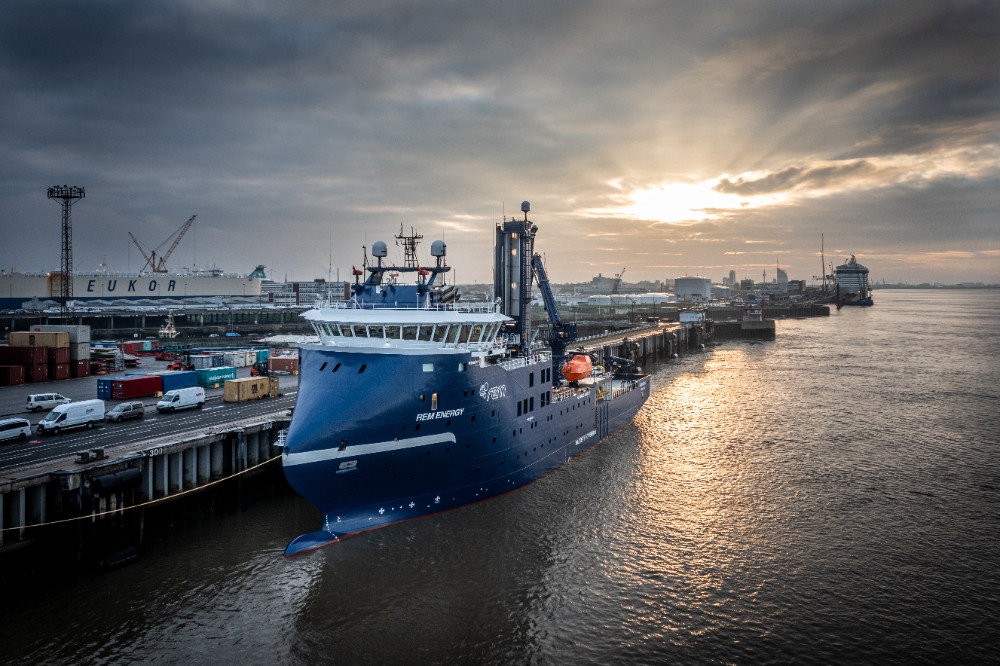