The location allows the company to shorten the distance from production to erection of new wind turbines significantly and will provide it a competitive edge, according to Valmont SM CEO Niels Brix.

The Port of Esbjerg said the agreement fitted in perfectly with the newly announced expansion of the port as well as the growing demand for wind energy and the port’s ambitions to contribute even more to the green transition of European energy supply.

In September, the Danish port was given the green light for the expansion by the local council and plans to have it completed by 2026.

In 2026, 350 metres of new quay will be ready for use. The quay will be 50 metres wide and will be equipped with a 30-metre-wide double loading platform for Ro-Ro vessels.

In total, the expansion will add 750,000 square metres of extra space to the port area in Esbjerg.

“If we want to remain an inspiration and a leading international hub for offshore wind, we need more space. We are therefore delighted to have received the go-ahead for a 750,000 m2 port expansion. This will enable us to warehouse more wind turbines and thus to contribute even more towards meeting the EU’s ambitious offshore wind targets”, said Dennis Jul Pedersen, CEO of the Port of Esbjerg. 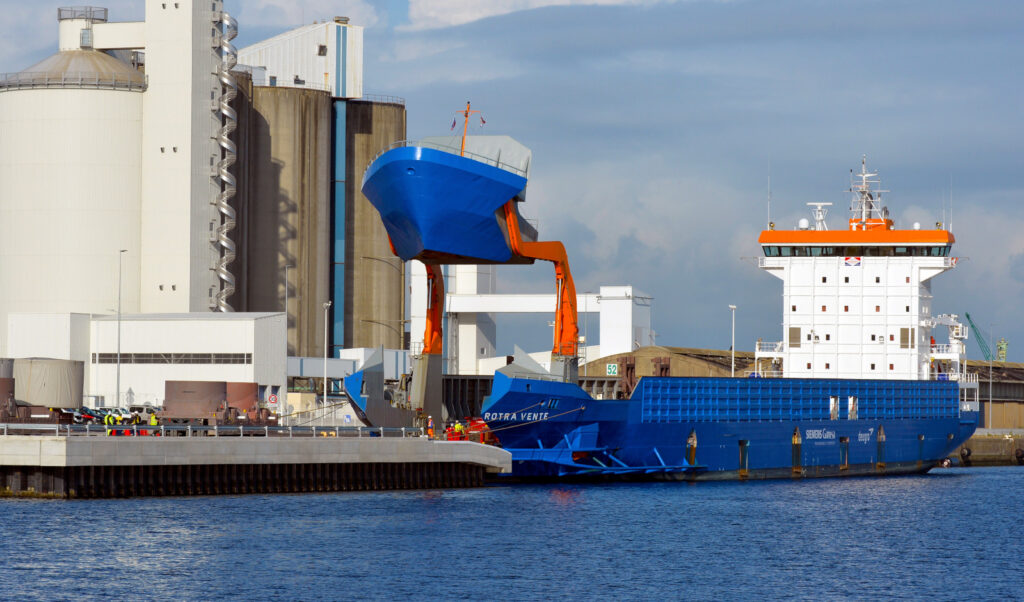