Inis Offshore Wind, a newly established Irish renewable energy developer, plans to develop at least 1 GW of offshore wind capacity in Ireland by 2030 and has already identified five potential sites where its projects could be built.

The sites identified for assessment are located off the East and West coasts of Ireland as well as in the Celtic Sea. If the initial East Coast projects progress successfully, they could each bring about 500 MW of operational offshore wind capacity by 2030 and enable EUR 2-3 billion of capital investment, according to Temporis Investment Management, which announced the company’s launch.

Inis Offshore Wind is funded through the Temporis Aurora Fund by the Ireland Strategic Investment Fund (ISIF) and other institutional investors from the EU, UK, and US totalling EUR 126 million. Established three years ago and managed by Temporis, the Fund provides a dedicated pool of long-term development capital to support the Irish energy transition over the next decade, in line with the Irish State’s Climate Action Plan, Temporis said.

“Inis Offshore Wind provides a direct benefit to the people of Ireland through ISIF’s investment and intends to work with all stakeholders of the Irish offshore community to deliver a new green industry for Ireland with strong job creation across the country aligned with Ireland’s pathway to Net Zero”, Temporis stated in a press release.

“Our aim is to tap Ireland’s unparalleled offshore wind resource and in doing so enable a sustainable energy future for the people of Ireland, who will benefit directly from our success. With a current pipeline of five potential projects, we look forward to announcing more detail on our plans in due course and will work very closely with local communities, including marine users, to ensure their views are reflected in our plans and so that we maximise the positive impact our work has on local communities”, Vanessa O’Connell said.

The country is currently setting up its policies and regulations to ease the development of offshore wind projects in its waters.

The launch of the National Marine Planning Framework (NMPF) on and the publication of the Maritime Area Planning Bill (MAP Bill), which creates a new planning framework for the development of offshore wind projects, have already seen offshore wind majors lining up to tap into the opportunities in the country.

Back in July, after Ireland launched the NMPF, RWE Renewables revealed its intention to apply for development consent to build a 900 MW offshore wind farm under the then-upcoming MAP Bill.

“We currently expect this will be in place before the end of 2021 and based on that timeline we hope to be able to submit our development consent application as soon as possible in 2022”, the developer said in a newsletter this summer.

A couple of months later, Macquarie’s Green Investment Group (GIG) announced the acquisition of Fuinneamh Sceirde Teoranta (FST), the developer of the Sceirde Rocks offshore wind farm, one of seven ‘Relevant Status’ developments as designated by the Irish government and thus one of the first-wave offshore wind projects to be delivered by 2030.

GIG said project will work within the MAP framework to complete the design of the Sceirde Rocks offshore wind farm before a planning application is submitted. 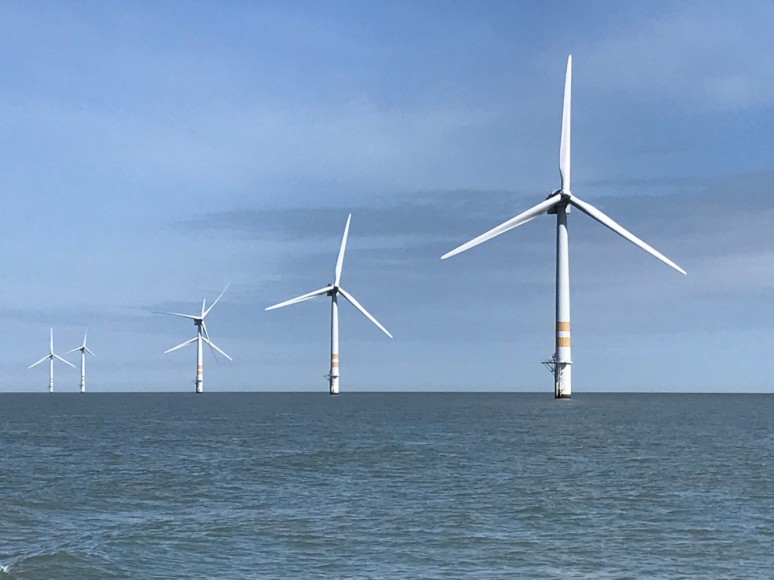