Sceirde Rocks is a proposed 400 MW offshore wind farm, capable of generating enough energy to power the equivalent of up to 295,000 homes.

The Galway-based renewable energy project has been designated as one of seven ‘Relevant Status’ developments by Ireland’s Department of Environment, Climate Action, and Communications. This designation positions the Sceirde Rocks development to be in the first wave of offshore wind projects in Ireland for delivery by 2030.

GIG is currently developing 14 GW of offshore wind across the globe. Sceirde Rocks will be the company’s first offshore wind investment in Ireland.

”The Sceirde Rocks project is set to be a flagship development for the West of Ireland, which is home to one of the best wind resources in the world,” Séamus McCabe, GIG Project Director, said.

”It offers an exciting opportunity to launch a new industry along the Atlantic Economic Corridor, supporting a range of jobs and creating economic opportunities that will bring people back to Connemara. We are delighted to be working with the FST team and look forward to engaging with the local community to take Sceirde Rocks on the next phase of its journey.”

In addition to its environmental benefits, Sceirde Rocks offers a significant opportunity to kick-start the development of an offshore wind supply chain across Ireland’s west coast, GIG said, adding that the company is committed to working with local suppliers wherever possible to support employment and investment opportunities across the region.

In line with the requirements of the new Renewable Electricity Support Scheme, the development will also establish a Community Benefit Fund. Once the project becomes operational, the multi-million-euro fund will be available to groups in South Connemara over a 15-year period, to support sustainable community initiatives.

The recent publication of the Maritime Area Planning Bill will create a new planning framework for the development of offshore wind projects in Ireland. The project will work within this framework to complete the design of the project before a planning application is submitted. Development work is expected to continue for a number of years and members of the FST team which secured ‘Relevant Status’ for the project will continue to support and advise the project.

“This project will be the largest ever infrastructure project in Connemara and will position Galway as a leader in Ireland’s new green energy economy,” said Joe Lee, FST Director.

”In order to achieve that, it was vital that we brought in the financial and technical capabilities that GIG can deliver. Our team has been rooted in Connemara from day 1. We have had exceptional support from the local community, and from agencies such as Údarás na Gaeltachta, and look forward to continuing these relationships with GIG.” 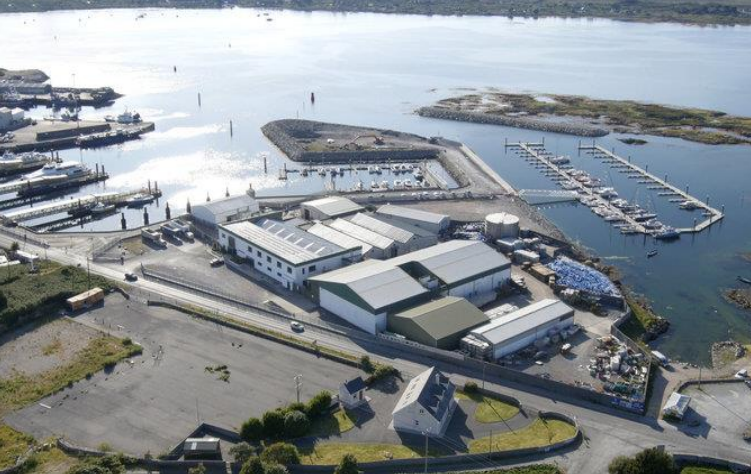