In July, the two companies formed a new partnership to participate in Scotland’s seabed leasing round, and now they revealed their proposal for several sites in the Outer Moray Firth to deliver a project for which they said would revolutionise energy production in Scotland and bring a net-zero future by utilising the power and potential in Scotland’s deep waters.

According to OW and AOW, the 6 GW project would create thousands of high-skilled jobs as part of the country’s ‘just transition’ and would be a giant boost for Scotland’s supply chain and by far the largest wind energy development in the UK.

The project is designed to enable Scottish businesses to ramp up ahead of production, with a commitment to 40 per cent minimum supply chain content in Scotland and 60 per cent in the UK, the partners say.

Around 80 per cent of the world’s wind resources are in waters deeper than 60 metres and are unsuitable for fixed foundations. Floating turbines can make massive contributions to the energy grid because the infrastructure is based away from the coastline in deep water, according to the joint venture partners.

To deliver the project, OW and AOW would use steel-based semi-submersible floaters called ‘Windfloat’, developed by Principle Power Inc (PPI) in which Aker Offshore Wind holds a majority stake.

“The Transition to Net Zero means that we need to open new areas of the sea for offshore wind development. We have the skills, experience and technology to take offshore wind out of the Moray Firth and into the deep waters of the North Sea using floating technology,’’ says Dan Finch, managing director of Ocean Winds UK.

Crown Estate Scotland has received 74 applications from offshore wind developers looking to secure rights to build projects across the 15 areas of seabed available for development through the Scottish Government’s Sectoral Marine Plan for Offshore Wind Energy.

Crown Estate Scotland will announce the successful applicants in early 2022.

Option fees will be paid by successful applicants to Crown Estate Scotland in exchange for securing the rights to areas of seabed. The maximum amount payable will be GBP 100,000 per km2 of seabed. 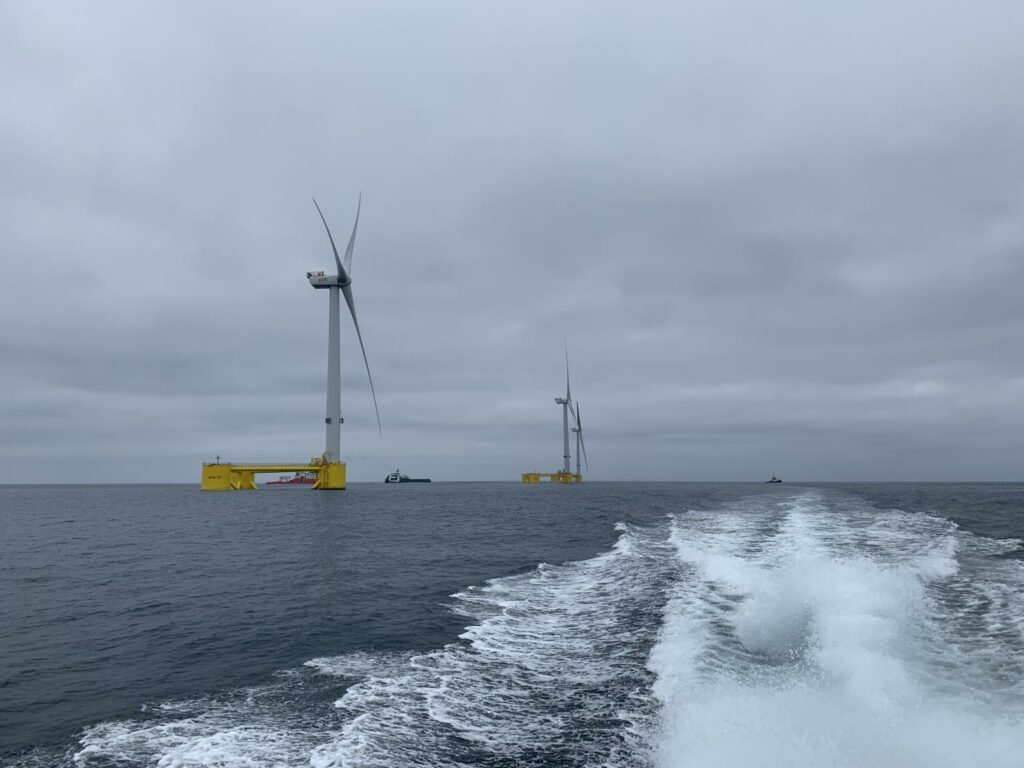