Twelve Vestas (MHI Vestas) 9.5 MW wind turbines have been installed so far at the Moray East project site, located some 22 kilometres off the Aberdeenshire coast.

The wind turbine installation is being carried out by Fred. Olsen Windcarrier’s Bold Tern jack-up vessel, which is picking up the components at the Port of Nigg, where Global Energy Group’s facility is serving as the onshore pre-assembly site for the project.

The first four Vestas 9.5 MW units, which Bold Tern carried in the first batch to be installed, were in place by the end of January.

The commissioning work is being performed from Acta Centaurus and supported by two crew transfer vessels, HST Harri and Windcat 40. 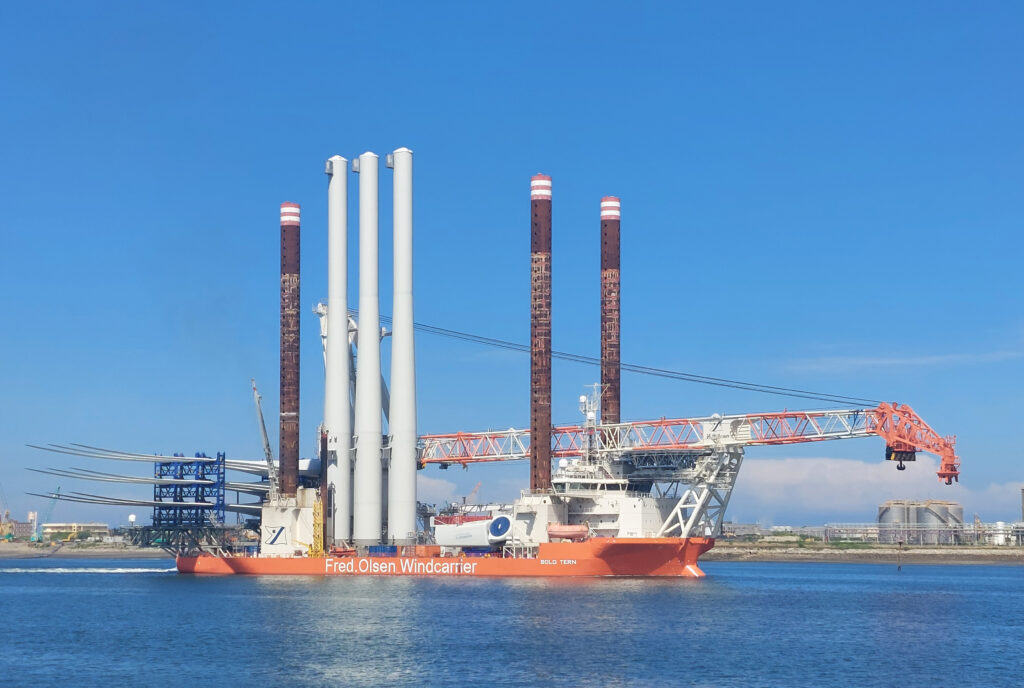