The 950 MW Moray East will feature 100 V164-9.5MW units installed at the site some 22 kilometres off the Aberdeenshire coast.

The team working on Bold Tern installed the first turbine at the wind farm on 15 January.

The installation of the wind turbines is being undertaken by Vestas, using Global Energy’s facility at Port of Nigg in North East Scotland as the onshore pre-assembly port.

The Moray East wind farm is being developed by Moray Offshore Windfarm East Ltd (MOWEL), a joint venture company owned by Ocean Winds (56.6%) Diamond Green Limited (33.4%), and CTG (10%). The commissioning is scheduled for 2022. 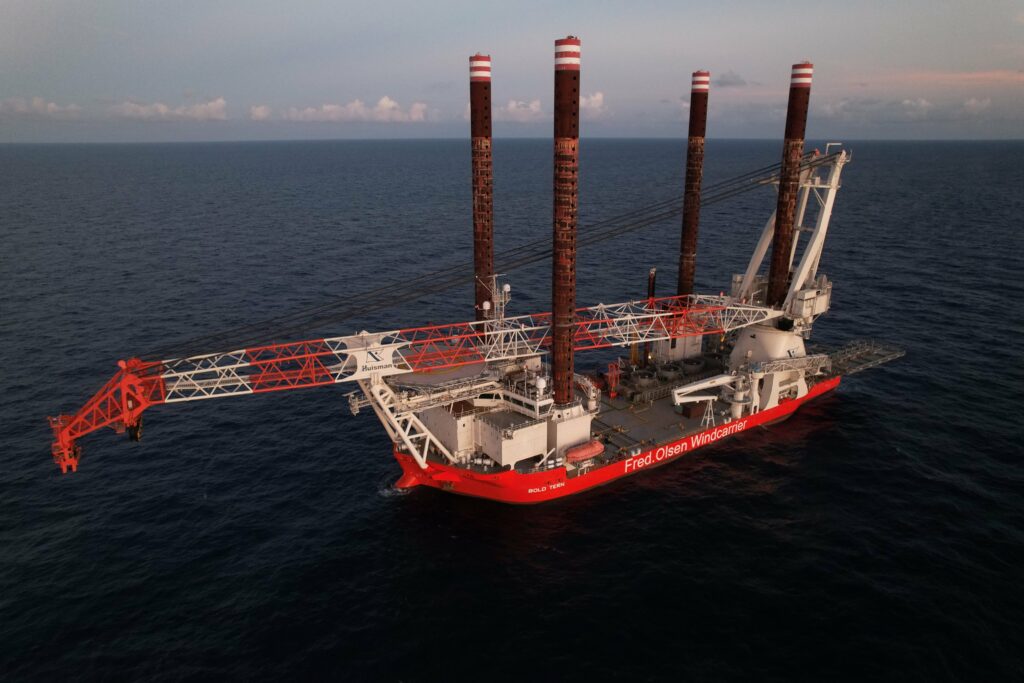