162 Offshore Wind Farms Up and Running Worldwide, 26 More Under Construction

This is according to the Global Offshore Wind Report 2020 from World Forum Offshore Wind (WFO), which reports that 5,206 MW of offshore wind capacity went into operation during 2020, compared to 5,194 MW in 2019.

“This translates into an annual growth rate of 19,1% for the global offshore wind industry, which is particularly impressive given the international disruptions caused by COVID-19”, WFO states.

The 15 new offshore wind farms that started producing electricity in 2020 are in the U.S., China, the UK, Germany, Portugal, Belgium, and the Netherlands. Seven are located in China, two in Belgium and two in the Netherlands. Among the 15 projects, there was also a floating wind farm commissioned last year: the 25 MW WindFloat Atlantic in Portugal.

Germany is in second place with a total of 7.7 GW of operational capacity, closely followed by China which now has 7.1 GW. In 2020, China alone accounted for a little over 2 GW of new offshore wind capacity put into operation. In Germany, only 219 MW were hooked to the grid last year, with no new projects currently under construction and China now poised to push Germany to the third place.

In 2020, construction started on 26 offshore wind farms (first foundation installed) that will bring 10 GW more to the 32.5 GW of offshore wind capacity now in operation.

China is now leading in building new offshore wind farms, with a total capacity of 4.4 GW currently under construction across 15 new projects. As reported recently, the country is ramping up its offshore wind installation since after 2021 it will begin phasing out feed-in-tariffs, and many developers are therefore pushing to complete projects during the coming period.

The UK is in the second place with a total capacity of 3.7 GW under construction across five projects, including several of the world’s largest offshore wind farms.

In Germany, the disruption in the market caused by changes to the regulatory framework for offshore wind back in 2017 is reflected by zero capacity currently under construction, WFO reports.

In January, German offshore wind industry called for the government to put to tender the existing offshore wind potential as quickly as possible and to rapidly implement the Coastal Sea Regulation proposed by the industry, as well as to equalise the “expansion peak” in the years 2029 and 2030. More new capacity should be added before the end of the decade to ensure that the German government’s expansion target of 20 GW by 2030 can be achieved, according to the industry organisations BWE, BWO, VDMA Power Systems, WAB and the OFFSHORE-WINDENERGIE Foundation. 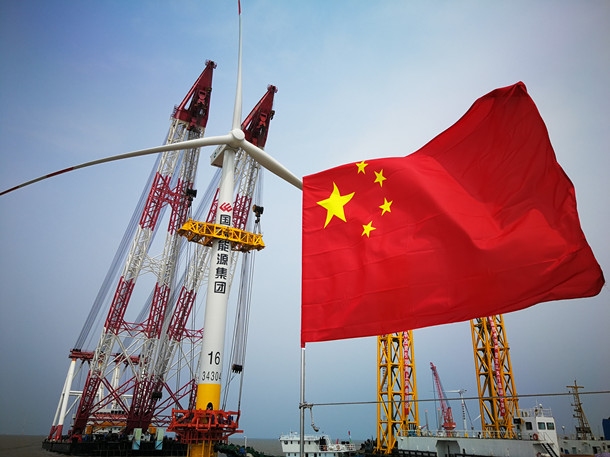