According to a company presentation, Aker Offshore Wind has entered into an agreement with ”a reputable utility company” to submit a joint bid in the ScotWind seabed leasing round in Scotland. The project will have the capacity of over 500 MW.

The ScotWind lease round, which opened in June 2020, aims to provide 10 GW in new installed capacity. The Crown Estate Scotland is expected to announce the results of the leasing round in the first half of 2021.

This wind farm project, if successful, is expected to be commissioned by 2030.

In Norway, Aker Offshore Wind and a strategic partner will seek to develop two projects with a combined capacity of 1.7 GW at the recently opened offshore wind areas on the Norwegian Continental Shelf – Utsira Nord and Sørlige Nordsjø II.

At Utsira Noord, the company will propose to build the 500 MW Vestavindar floating wind farm.

The Sørlige Nordsjø II area could potentially be the site of the 1.2 GW Sønnavindar project. With water depths ranging from 50 to 70 metres, the wind farm could feature a mixture of deep-water bottom-fixed foundations and floating foundations.

Aker Offshore Wind plans to cooperate on the projects with Aker BP to create an opportunity for the large-scale electrification of oil and gas fields on the Norwegian Continental Shelf.

The companies could potentially use the existing oil and gas infrastructure to deliver power onshore, as well as to export it to other countries.

One of the proposed options is to expand and reuse the existing facilities at the Valhall oilfield to serve as a power hub and an energy island for the export of electricity to continental Europe. The hub could also be used for the production of hydrogen or ammonia, and could feature charging stations for renewable shipping.

The applications for the Utsira Nord and Sørlige Nordsjø II areas will launch on 1 January 2021.

If successful, the projects will reach financial closure in 2024, with the Phase 1 stage expected to be completed in 2026.

In the USA, Aker Offshore Wind is developing the 150 MW Redwood Coast Offshore Wind Project in California in partnership with Ocean Winds.

The floating offshore wind farm is planned to be located more than 30 kilometres off the coast of Humboldt Bay, and is expected online in the mid-2020s.

The consortium will submit a bid to develop the project in the first half of 2021. The project already has a grid agreement with the local utility in place.

Aker Offshore Wind owns 30.6 per cent of the project development company, KF Wind, which has secured three potential wind sites off the City of Ulsan.

The sites could potentially accommodate floating wind farms with a combined capacity of up to 1.5 GW.

KF Wind is currently in the process of deploying LiDARs at the sites to measure wind conditions.

The consortium plans to reach a final investment decision on the project in the first quarter of 2024, with the Phase 1 scheduled to be commissioned in 2026.

Carnegie AS and Skandinaviska Enskilda Banken AB (publ) have been appointed as financial advisors for the process. 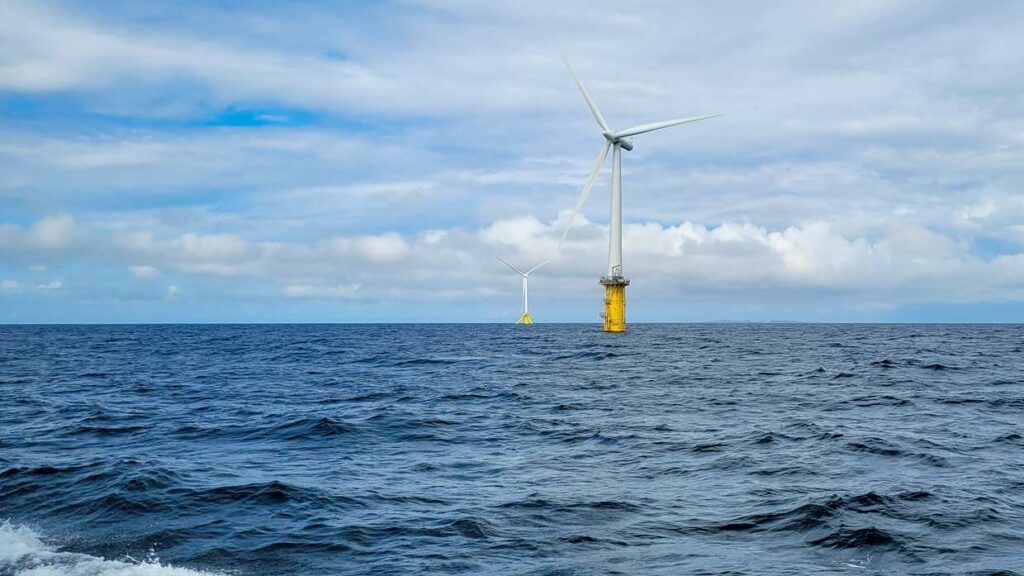