The Borssele Beta offshore substation topside will sail out from HSM Offshore’s yard in Schiedam to the installation site in the Dutch North Sea on 22 March, TenneT said.

The 700MW offshore grid connection is scheduled to be operational on September 1.

From then on, the 731.5MW Borssele III and IV wind farm that is being built by the Blauwwind consortium approximately 22 kilometres off the coast of Zeeland can be connected to this platform.

The electricity generated at the wind farm will be brought ashore via two 67km cables to the high-voltage station in Borssele.

The Borssele III and IV wind farm will feature 77 MHI Vestas V164 9.5MW turbines installed on monopile foundations and scheduled to be commissioned in 2021.

The offshore construction on the wind farm started in October 2019 with the installation of the first monopile foundations.

HSM Offshore constructed both the Borssele Beta and the Borssele Alpha, the first large-scale grid connections to be constructed for TenneT under the National Energy Agreement for offshore wind farms in the Netherlands.

Marco Kuijpers, Director Offshore Projects at TenneT, said: “With this platform, the offshore grid that TenneT is building in the Dutch North Sea is definitively taking shape. Borssele Beta is the second offshore grid connection built by TenneT. Over the coming eight years we will build a new offshore connection every year. I am proud that we are able to make such a significant contribution to the energy transition in which offshore wind energy plays a crucial role.” 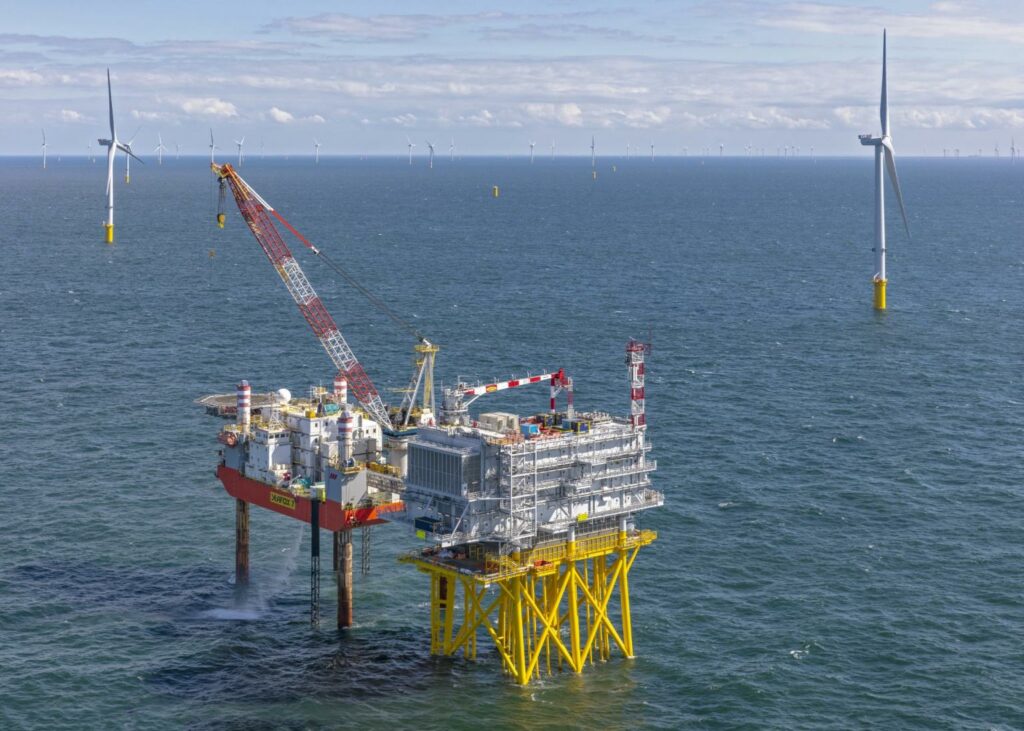