Hornsea One CTVs Near Deployment

According to Incat Crowther, the designer, the two 39m long vessels are the largest wind farm support vessels to enter service to date anywhere in the world.

Built by PT Bintang Timur Samudera in Indonesia, the vessels are fitted with a quad propulsion package, made up of four Cummins KTA38 main engines coupled to four KaMeWa S50-3 waterjets.

The vessels’ top speed is 30kn and service speed 25kn, with endurance for 14 days of 24-hour operation and capacity for 62,000l of fuel, the company said.

The CTVs are operated from the third deck, where the wheelhouse and workstations have an uninterrupted vision of the turbine tower and surrounding working areas.

Hornsea Project one is located some 120km off the coast of Yorkshire. The 1.2GW wind farm recently produced first power and is slated for the full commissioning in 2020. 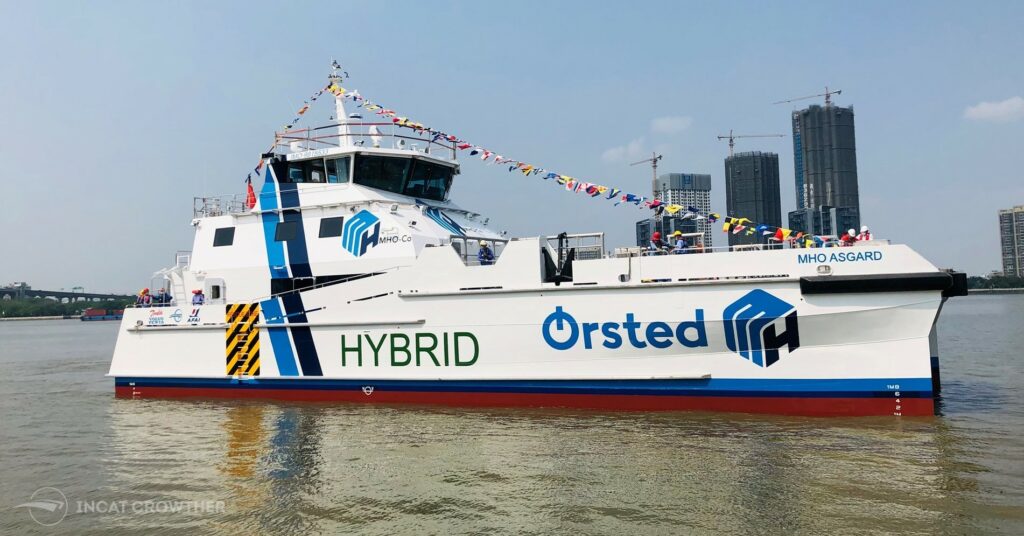