The EnBW Hohe See substation topside has left ENGIE Fabricom’s yard in Hoboken, Belgium, and is now sailing towards the installation site in the German North Sea.

The topside left the Hoboken yard on Monday evening, 18 June. The journey is expected to last for three days. The topside will be installed by Heerema’s lifting vessel Thialf in the coming week.

With its 55 metres length and 30 metres height, its 4,500 tonnes, 3 transfomers and 3 shunt reactors, Hohe See is the biggest substation ever built on the ENGIE Fabricom Hoboken yard. Apart from ENGIE Fabricom, Smulders and CG worked on the project.

The substation will be installed on the jacket foundations built by Smulders on their site in Vlissingen in the Netherlands which was transported to its final location in the German North Sea on 29 May.

The 497MW Hohe See wind farm will feature 71 Siemens Gamesa 7MW turbines installed some 98 kilometres off the German coast. It consists of 71 turbines with 7MW capacity. 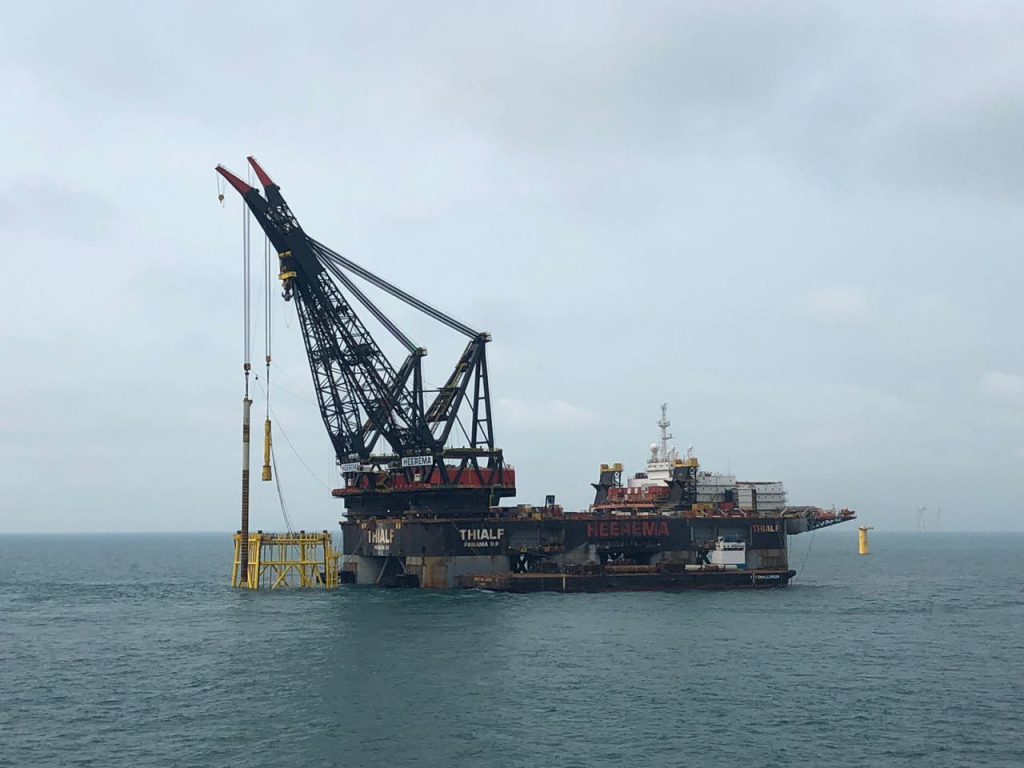