Polish state-owned power producer Polska Grupa Energetyczna (PGE) has withdrawn from bringing the country’s first nuclear power plant to realisation and decided to focus on building offshore wind farms instead, according to Reuters, which cites two sources confirming this.

PGE’s leading role in the nuclear power project might be taken over by the also state-owned oil refiner PKN Orlen, Reuters writes, while PGE is said to have opted for its offshore wind projects amid a finance-inflicted need to choose between the two and seeing offshore wind technology as a cheaper way to go.

When it comes to its offshore wind plans, PGE’s renewable energy unit, PGE Energia Odnawialna, marked a more concrete step forward in January, when it started a two-year wind measurement campaign for its planned 1GW offshore wind farm project. The project site is located some 32km from Łeba in the Polish Exclusive Economic Zone of the Baltic Sea.

Offshore wind has not become a part of only PGE’s strategic outlook. PKN Orlen, which now emerged as a possible leader of the nuclear power project, has revealed offshore wind plans of its own. Namely, this March, the Polish oil refiner announced a tender for the development of a preliminary technical concept to determine the options for preparing and implementing offshore wind projects in the Baltic Sea.

Aside from the two aforementioned companies, Polenergia is also working on setting up wind turbines off the coast of Poland and its two offshore wind farms, Bałtyk II and Bałtyk III, are the projects that have so far come furthest in their development. Construction works on the 600MW Polenergia Baltic Sea III (Polenergia Bałtyk III) could commence as early as next year.

Earlier this year, the Foundation for Sustainable Energy (FNEZ) issued a report stating that Poland could have 4GW of installed offshore wind capacity in the Baltic Sea by the end of 2030 and 8GW by the end of 2035.

To determine the total offshore wind capacity and status of the projects proposed to be built, Poland’s transmission system operator (TSO) Polskie Sieci Elektroenergetyczne (PSE) recently launched a survey so it could support further phases of planning the grid development. Reportedly, the TSO would consider designing and implementing an offshore transmission system if the survey shows firm interest in investing in a total of at least 8GW of offshore wind projects. 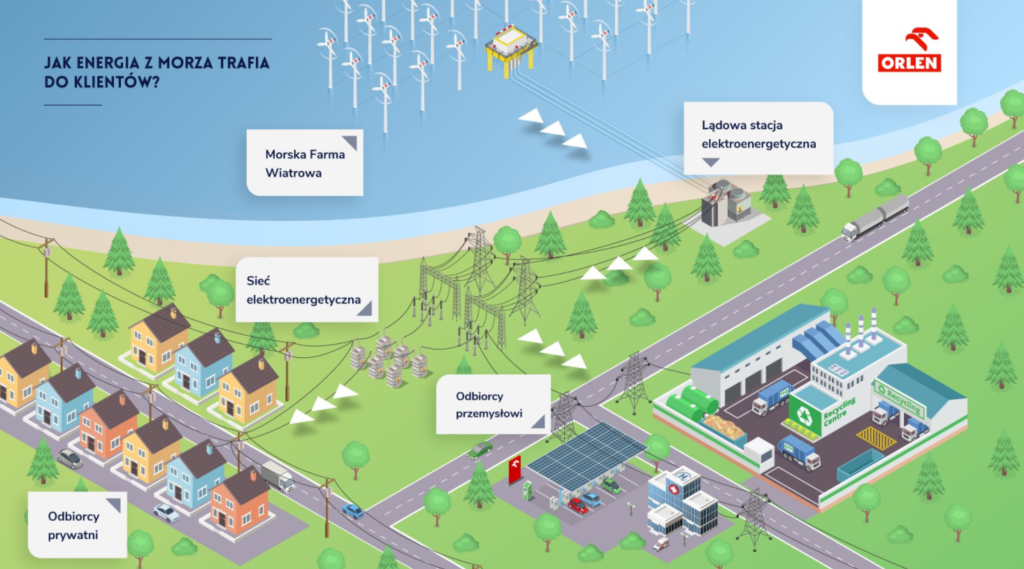