Poland’s transmission system operator (TSO) Polskie Sieci Elektroenergetyczne (PSE) has launched a survey to determine how much generation capacity is currently in the country’s pipeline with proposed offshore wind projects, and what their status is, to support further phases of planning the grid development.

According to the Polish Offshore Wind Energy Society, which refers to a recent interview in the Rzeczpospolita, PSE’s President Eryk Kłossowski had announced that the TSO would consider designing and implementing an offshore transmission system if there is firm interest in investing in offshore wind farms with a total capacity of at least 8GW.

In the investment plans until 2027, PSE is looking to achieve the capacity to connect around 4GW of offshore wind, but the conditions for connection of 2GW out of those 4GW will occur in 2026-27 period, beyond those already issued for PGE and Polenergia.

At the beginning of 2018, the Foundation for Sustainable Energy (FNEZ) stated that Poland could have 4GW of installed offshore wind capacity in the Baltic Sea by the end of 2030 and 8GW by the end of 2035.

According to FNEZ’s analyses as part of the Baltic Energy for Poland 2025 program, offshore energy can play a key role in ensuring energy security for the country in the period between 2025 to 2035 in conjunction with a parallel development of gas power sources at approximately 4GW and construction of a transnational offshore grid interconnection with a 2-3GW capacity. 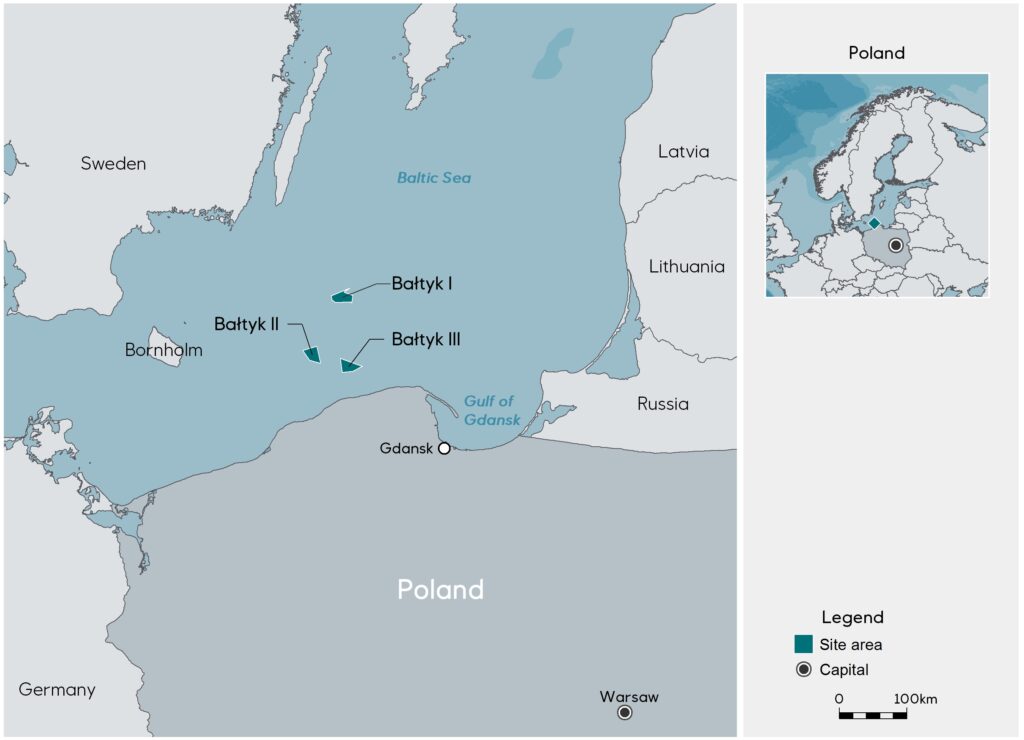