Meanwhile, work is progressing well on the REBO site, where everything is being arranged for the load-in of components via the Ro-Ro ramp, their pre-assembly, as well as for their load-out on A2SEA’s Sea Installer installation vessel, which will start installing the wind turbines in early May 2018.

The main activity on the REBO site will be the pre-assembly of the three tower parts to one complete tower which will be executed on a special 8-pack tower stand which has been built on the load-out quay of the REBO site.

All 42 turbines are planned to be in place in September 2018, with the entire wind farm expected be fully operational by the end of this year.

The wind turbines will be installed in a five-lift sequence: complete tower, nacelle, and three blade lifts. The aim is to install a wind turbine in less than 24 hours and to have it fully commissioned the next day, ready to start producing clean energy, Rentel stated.

A2SEA, whose vessel will erect the 42 Rentel wind turbines, was acquired from Siemens and Ørsted in September 2017 by GeoSea, the daughter company of Rentel’s EPCI contractor DEME. 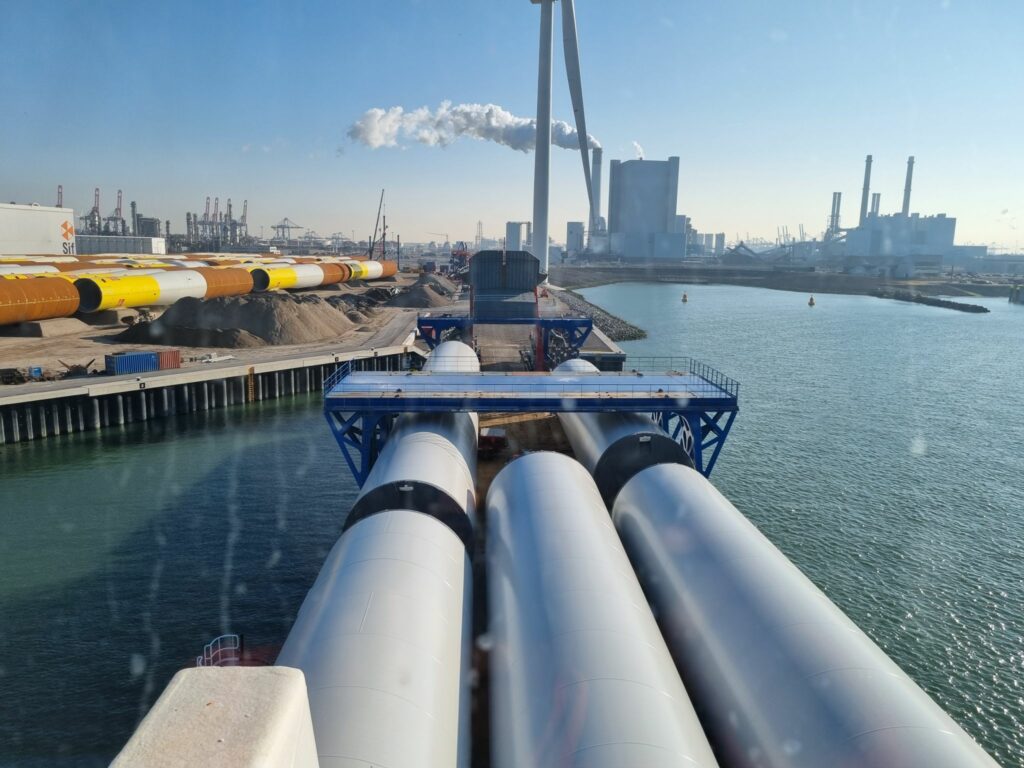