Blue Water Shipping (BWS) has put into operation a new 116,000m² multiterminal in the East Port area of the Port of Esbjerg in Denmark, boosting its capabilities to accommodate RoRo vessel traffic, which has increased at the port with the wind turbine industry’s use of RoRo vessels and more operations by the existing RoRo customers.

At the end of 2017, two new RoRo ramps were completed in the East Port area, which will also be used by Blue Water Shipping’s new terminal.

According to Port Director Ole Ingrisch, improved conditions for RoRo traffic have been one of the major focus areas in the establishment of the East Port. “RoRo traffic has always been one of the core business areas for the Port of Esbjerg. The new terminal is ideally located in relation to the two new RoRo ramps, which we completed in the autumn, and traffic will have direct access to the E20 motorway from the terminal area,” explains Ole Ingrisch, who also highlights that the new terminal is very much needed.”

When the terminal is fully completed in the spring, it will comprise four fully automatic gates and 1,600 m2 of workshops, washing facilities and offices.

The new terminal has been put into operation earlier than planned because DFDS, Northern Europe’s largest shipping and logistics company, recently announced that it would be giving up its current areas at the port to use the new terminal instead for its Immingham-Esbjerg route. Blue Water Shipping has therefore chosen to open the terminal now so that DFDS ships can use the facilities.

In October 2017, Port of Esbjerg took over a new harbour area at the East Port, which saw an expansion by further 250,000m², including three new RoRo ramps and a 400m quay side. The Port of Esbjerg invested EUR 27 million into this project, after it witnessed a high level of activity within the wind industry, RoRo traffic and car imports in 2016. 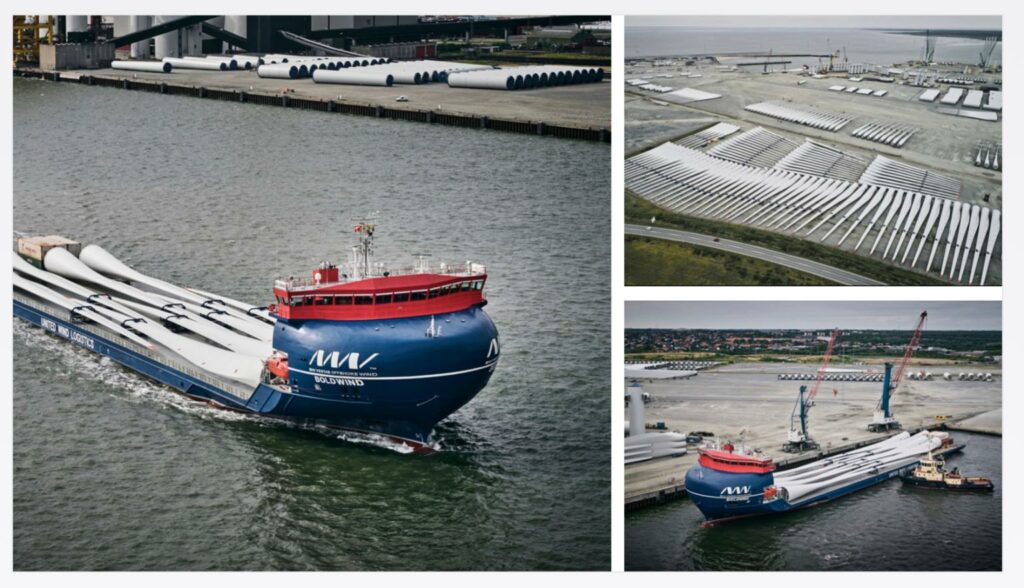