Photo of the Day: Smulders Sends Off Last Batch of Galloper TPs

The last four transition pieces (TPs) for the Galloper offshore wind farm in the UK have been dispatched from Smulders facilities in Hoboken, Belgium, and are on their way to Rotterdam, where they will be loaded onto the installation vessel Innovation at Sif’s Maasvlakte 2 site.

Sif Group and Smulders were contracted to produce the monopiles and transition pieces by GeoSea, which is carrying out the foundation installation at the Galloper site.

The installation of the first four foundations started in late December, with the first four monopiles and TPs loaded onto Innovation from Sif’s Maasvlakte 2 site on 2 January, as the quay was then ready to accommodate the load-out on a seagoing vessel.

The Galloper offshore wind farm, located approximately 30km off the coast of Suffolk, is an extension of the existing and fully operational Greater Gabbard wind farm and is being developed by innogy SE on behalf of its partners who also include the UK Green Investment Bank, Siemens Financial Services and Macquarie Capital.

The installation of the fifty-six 6MW Siemens turbines is expected to start in the early summer. 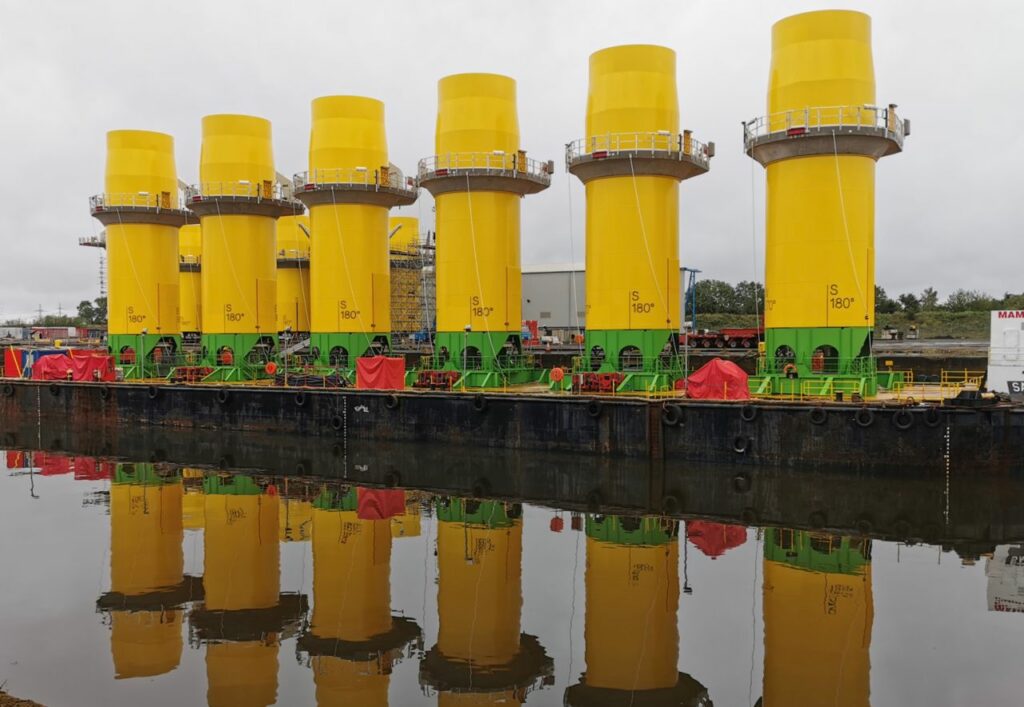