Denmark’s Bladt Industries has welded together the first pieces of what are to be jacket foundations which will support 30 wind turbines at the 588MW Beatrice offshore wind farm off Scotland.

The first x-braces and upper A-frames for the four-legged jacket foundations have been welded at Bladt’s Lindoe facility.

Surface treatment will commence shortly, and the upper structures of the jackets are ready to be painted, Bladt said.

Once finished, the jackets will have a height of up to 75 metres with a weight of approximately 1,035 tons – making them significantly larger than any jacket foundations the company has ever made.

The first units are expected to be delivered to Beatrice Offshore Wind Farm Limited (BOWL) in the third quarter of 2017.

Seaway Heavy Lifting has teamed up with Subsea 7 to carry out the EPCI contract for Beatrice offshore wind farm’s foundations and array cables.

Beatrice offshore wind farm will consist of 84 Siemens 7MW wind turbines, installed some 13.5 kilometres off the Scottish coast in the North Sea. 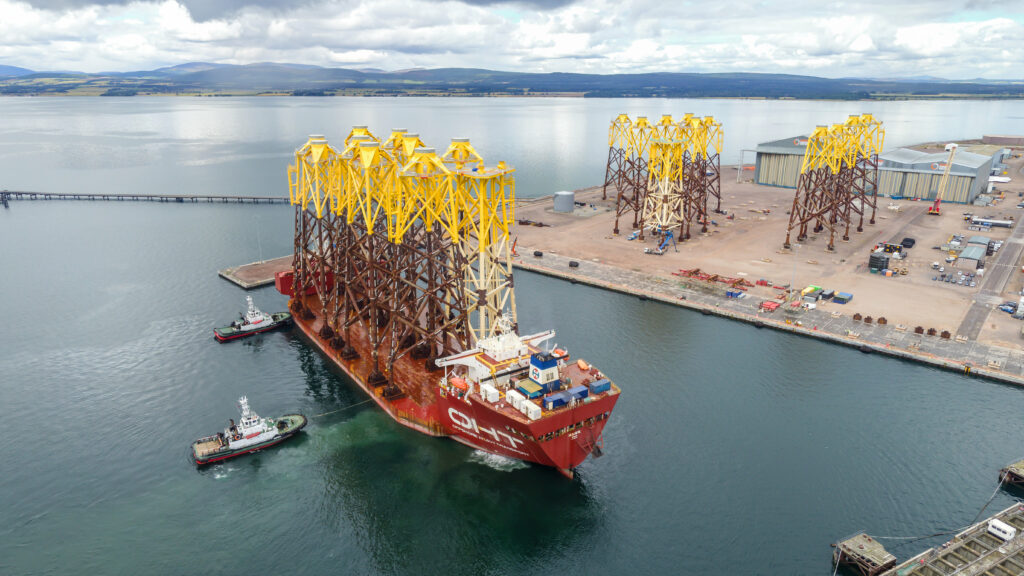