Construction of Burbo Bank O&M Base Kicks Off

Robertson North West, part of the Robertson Group, has started construction works on a GBP 5.5 million facility in Kings Wharf, Seacombe, UK, which will serve as the Operations and Maintenance (O&M) base for DONG Energy’s 90MW Burbo Bank and the new 258MW Burbo Bank Extension offshore wind farm.

The facility will consist of a new office and warehouse building, expected to be completed by mid-2017.

Up to 75 jobs will be created during the construction of the facility, while around 45 people being permanently employed at the site once it is operational, DONG Energy said.

Brian McMorrow, Senior Construction Engineer at DONG Energy, said: “It was important for us to use a regionally based construction company so we’re really pleased to be working with Robertson Construction North West. DONG Energy is committed to investing in the UK and we are very proud to be playing an important role in the redevelopment of this part of Kings Wharf.”

As part of the development, DONG Energy has also committed to carry out work on the river promenade adjacent to the site which will improve the public amenity. This scheme has been developed through close cooperation with Wirral Council.

Vessels are expected to be operated from the Seacombe Mersey Ferries terminal. Discussions are progressing with Merseytravel with a view to entering into a long-term agreement for shared use of the terminal to facilitate daily vessel access.

The whole facility will comprise an area of approximately 1,800 square metres.

Burbo Bank has been operational since 2007. Burbo Bank Extension is currently under construction and is expected to be fully operational in 2017. 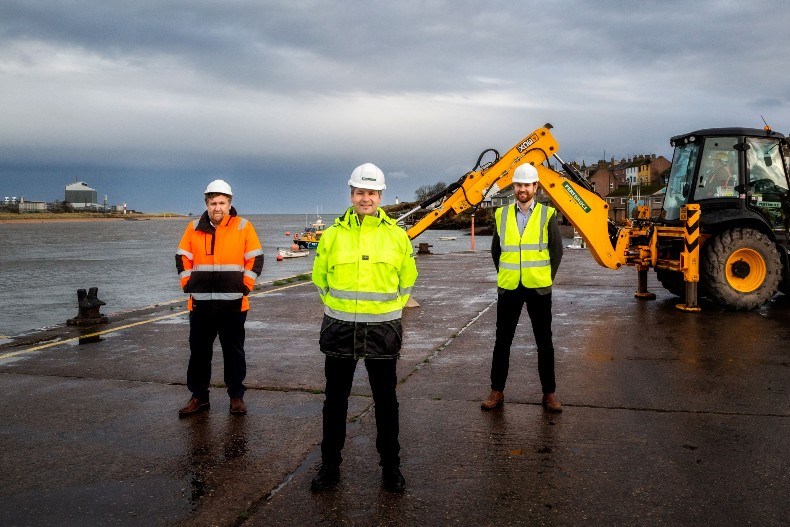