All 90 foundations for the 317MW Sheringham Shoal Offshore Wind Farm, located off the UK’s Norfolk coast, are now in position and awaiting the arrival of the remainder of the wind farm’s 88 turbines.

The 183m crane vessel ‘Oleg Strashnov’ completed the installation of the final foundation on Sunday (August 21) three weeks ahead of schedule.

The ‘Oleg Strashnov’, with its crew of 150 people, started work on the 35 km² site in May with the installation of the two 1000 tonne offshore substations. The vessel has continued with foundation installation work since then, completing the placement of 71 foundations in just three months.

Operated by marine construction firm Seaway Heavy Lifting, the state-of-the-art vessel has made continuous round trips between the wind farm site in the Greater Wash and the Netherlands port of Vlissingen, collecting four foundations per cycle.

Each foundation, comprising a tubular steel monopole topped with a bright yellow-painted transition piece, was designed and fabricated specifically for its specific location on the site.

“It a credit to both the onboard and onshore teams that the work has been carried out both safely and with such efficiency,” Mr Strømsvåg said.

Sheringham Shoal is owned equally by Statoil and Statkraft through the joint venture company Scira Offshore Energy Limited. Statoil is the manager of Scira during the construction phase, while Scira will be responsible for the operations and maintenance of the wind farm. 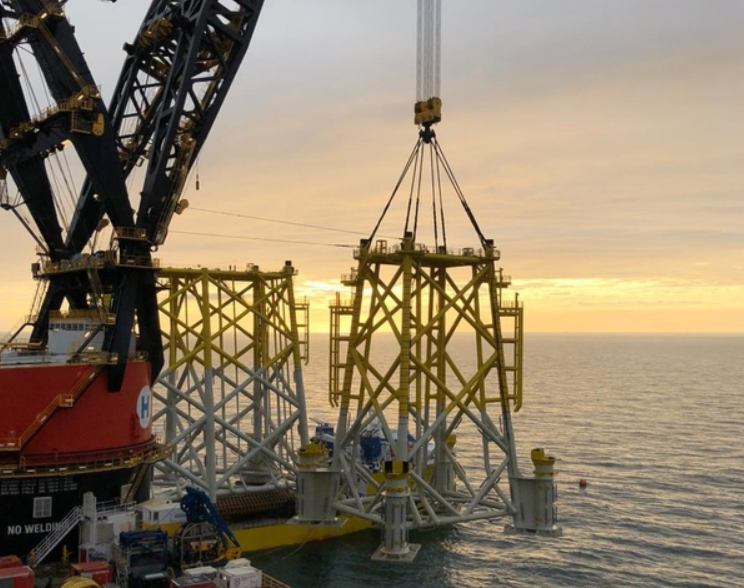