With Lake Erie in the background, a wind turbine that provides energy for the neighboring Great Lakes Science Center, is seen outside Cleveland Browns Stadium in Cleveland. In one of last official acts as governor today, Ohio Gov. Ted Strickland signed an iron-clad lease option giving the Lake Erie Energy Development Co. exclusive development rights to a portion of the lakebed owned by the state.

While the enormous potential for offshore wind energy from America’s oceans has been known for years, an area of lesser focus but perhaps comparable opportunity is the Great Lakes. Winds there average between 17.9 and 20.1 mph, just a bit slower than the storied gales off the northern Atlantic coast. And although recent studies continue to affirm that the benefits of offshore wind in the Great Lakes outweigh the potential drawbacks, area developers—like their saltwater counterparts—have yet to reap the benefits of this massive untapped resource.

Last month, CAP’s Michael Conathan and Richard Caperton detailed how far behind the United States has fallen in offshore wind development. While we have yet to install our first offshore wind turbine, Europe has nearly 3,000 MW of installed capacity with permits issued for an additional 22,000 MW. Meanwhile, China has over 100 MW installed and has issued permits for 13,600 MW more. The CAP report echoed a Pike Research study citing favorable public policy and a market-based approach as factors facilitating Europe’s booming industry.

While America’s snail-paced race for offshore wind has been dominated by projects along the Atlantic seaboard, a dedicated group of Ohioans believes they can be first. Encouraged by public support and the results of multiple feasibility studies, Cleveland-based Lake Erie Energy Development Corporation, or LEEDCo, is a collaboration between Cuyahoga and Lorain counties, the Cleveland Foundation, the City of Cleveland, and NorTech Energy. Its goal: a 20 MW project that will serve as a catalyst for freshwater wind development across the eight-state region, while simultaneously driving wind turbine manufacturing to Ohio’s existing component and construction materials industries. Its mission is rooted in a statewide initiative spurred by a renewable energy report issued in 2004, and its operations received a tremendous boost from former Governor Ted Strickland, whose last act as outgoing governor granted the company exclusive development rights to a portion of the lakebed owned by the state.

Both the Ohio initiative and Strickland’s 11th hour action were inspired in part by the potential to reverse painful job losses in the region. Overall, Ohio lost 418,000 manufacturing jobs from 1999 to 2009, and Cuyahoga County, which borders Lake Erie and includes the city of Cleveland, was the hardest hit in the state.

In addition to the economic benefits, a commitment to renewable energy in the Great Lakes has the potential to reduce harmful carbon dioxide emissions dramatically, improving air quality for the region’s more than 30 million residents. According to a report by the Environmental Integrity Project, “C02 emissions from power plants in the eight Great Lakes states totaled an estimated 679 million tons in 2010, nearly 30% of the US total for that year.”

One aspect of this project that really distinguishes LEEDCo from other offshore wind endeavors is the bottom-up approach and sustained community involvement. Wagner attributes this to a few simple principles. The first is the fact that they strove to present the community with factual information in a balanced, transparent manner from the outset. A wide range of stakeholders were invited to the table at the very beginning and their engagement was maintained through regular community forums and other outreach activities.

As Wagner explains, “representing the public’s interest ranges from discussing economic development and environmental implications through consensus building to actually ensuring that the offshore wind industry growth potential is maximized during implementation while protecting the well-being of the Lake.” This community-based approach to job creation, innovation, and energy development has helped LEEDCo earn the support of an array of stakeholders and position a Rust Belt city to establish itself as a leader in every aspect of the freshwater wind industry.

The second key aspect of the Lake Erie model is the size of the project. Learning from the success of similar European projects, LEEDCo has adopted a “start small” approach, says Wagner. “The 5 to 7 turbine (20-30 MW) [project] is modest in size, is adequately distant from shore (7 to 10 miles), and will be used to validate nearly every aspect of the first freshwater offshore wind project in North America.”

But starting small doesn’t mean LEEDCo isn’t dreaming big. In 2009, the company commissioned an economic impact study to evaluate the local and regional impacts that up to 5,000 MW of offshore wind development would have on Ohio. The results were overwhelmingly positive. The study found that the first project would directly create 600 jobs “and up to 8,000 regionally as the region scales up capacity toward 5,000 MW by 2030. This scenario would create approximately $7.8 billion in wages and salaries, $22.6 billion in sales, and $586.5 million in public revenues.” Even if Ohio develops just 1,500 MW, “it would still be on track to create or maintain nearly 3,000 jobs, $2.2 billion of wages, $6.5 billion in sales, and $171.5 million in public revenues—both state and local.”

As with other offshore wind projects, however, the potential environmental and economic benefits of offshore wind development have not been sufficient to overcome what is arguably the industry’s greatest challenge: regulatory uncertainty. LEEDCo’s goal is to use its pilot project as an opportunity to bring together the approximately 18 different required permitting agencies in an attempt to establish a functional regulatory platform for investors and project developers. Wagner hopes that “through dialogue, cooperation, and transparency, we can get these different agencies to work together during the pilot project in ways that benefit the state, public, and industry as a whole. Helping Ohio establish a regulatory environment that is efficient, understandable, and respectful of the needs of all parties is a major step toward bringing the costs of [offshore wind] planning and implementation down.”

Wagner and his LEEDCo colleagues believe the importance of being first can’t be overstated. “With no offshore projects built yet in the United States, much less in freshwater, LEEDCo believes that if Ohio can build the first project then it will be able to pioneer and develop new intellectual property that other regions will be looking to for an example.” As the race for offshore wind in the United States wears on, it seems more possible that our first offshore wind project may not involve the ocean after all. 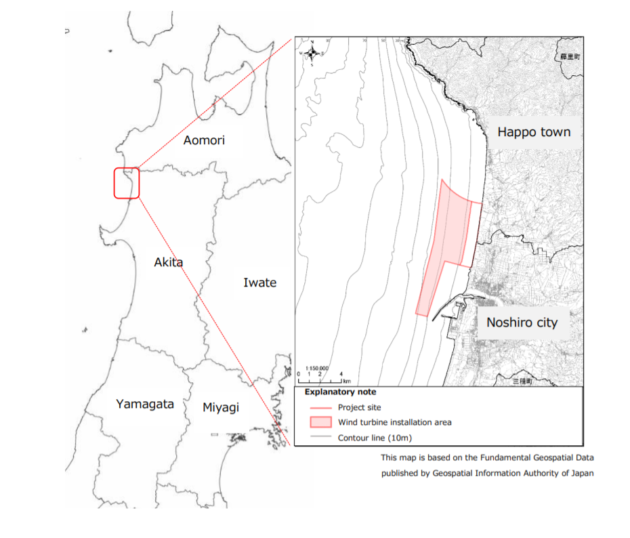