During the night on 17 November, an explosion occurred on board the DP3 trenching support vessel (TSV) Athena, injuring two crew members. The vessel, which was in port in Le Havre at the time of the accident, is supporting the construction of the Fécamp offshore wind farm, according to French media.

Ouest-France reports that the accident happened during tests carried out on the hydraulic circuit for launching the winch, when the air compressor exploded.

According to Le Courrier Cauchois, the firefighters who were dispatched to the scene said the explosion in the compressor room was not followed by fire; however, during the explosion itself, two people were left with second degree burns, bruises, and one of them suffered a broken rib.

The two crew members were treated at a hospital in Paris and returned to Le Havre the following day, from where they were scheduled to leave to their homes on Monday, 21 November.

Now, an investigation and repairs of the damaged equipment will be carried out, with the vessel having to stay a few days at the quay in Le Havre, with the crew relieved for the time being, according to Ouest-France.

Athena is owned by Asso Group, which bought the vessel from SBM Offshore and converted it from a dive support and construction vessel (DSCV) into a trenching support vessel this summer, according to a report from our sibling news site Offshore Energy – Subsea from June.

At the time, Asso Group was cited as saying Athena was an extremely flexible asset, ideally equipped for multi-purpose roles in the floating offshore wind market.

While there are no specifics on the contract under which Athena was deployed on the Fécamp project, Ouest-France writes that the vessel is tasked with trenching work related to subsea cable burial.

The cabling contracts for the 500 MW offshore wind farm were awarded to Prysmian, which is in charge of supplying and installing both the inter-array cables and the export cables for the wind farm.

As for Asso Group, the Greek company and Prysmian last year signed a contract with RTE for the development of an export submarine power cable system for the Gruissan floating offshore wind farm in Southern France. 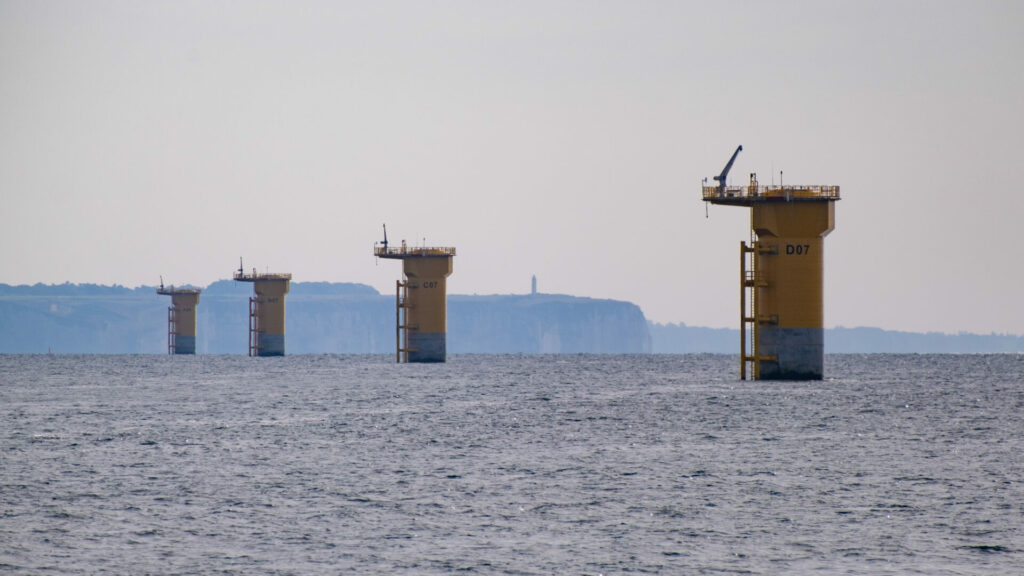