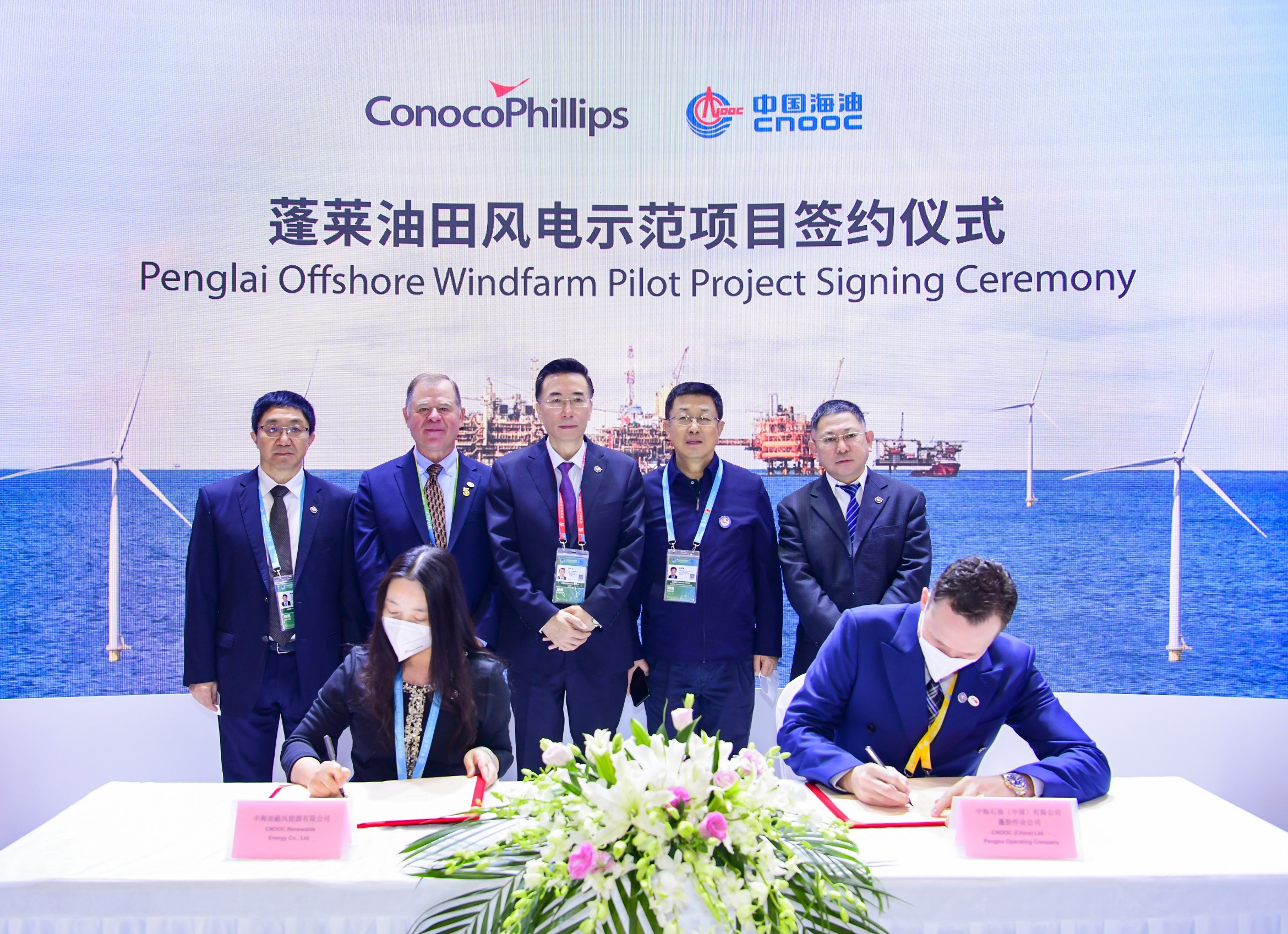 ConocoPhillips China (COPC) and CNOOC have announced the commencement of the Penglai offshore wind farm pilot project in China.

The project’s clean energy will supply power to the Penglai oilfield, China’s largest offshore oil and gas production base under the production sharing contract, located in Bohai Bay, northeast China.

At full capacity, the wind farm will have the potential to cover over 30 per cent of the power needed for the Penglai oilfield’s operations and could achieve tens of thousands of tonnes of annual CO2 reductions.

“This pilot project represents a first-of-its-kind integration of offshore wind power being harnessed solely for offshore oil and gas facilities in China. We believe it will become a benchmark for future low carbon emission offshore oilfield developments”, said Bill Arnold, President of COPC.

According to COPC, the newly launched wind farm project offers an optimal solution in meeting the Penglai oilfield’s power demand, which is expected to increase year by ear as development continues.

If proven to be technically and economically viable, these low-carbon solutions will help transform Penglai towards a net-zero offshore oilfield which is in line with China’s energy, sustainable development, and carbon neutrality goals, COPC said.

China currently accounts for 45 per cent of the world’s installed offshore wind capacity, after connecting 12.7 GW of new offshore wind farms to its grid last year, according to the figures recently published by World Forum Offshore Wind (WFO).

The country has expanded its position as the world’s largest offshore wind market by far and now has 24.9 GW of total installed capacity, more than the UK (13.6 GW), Germany (7.7 GW), and the Netherlands (3 GW) combined, WFO said.

When it comes to ConocoPhillips, the company also partnered with Equinor, TotalEnergies, and Petoro to explore the possibility of building a 1 GW floating wind farm in Norway to power the Troll and Oseberg offshore fields.