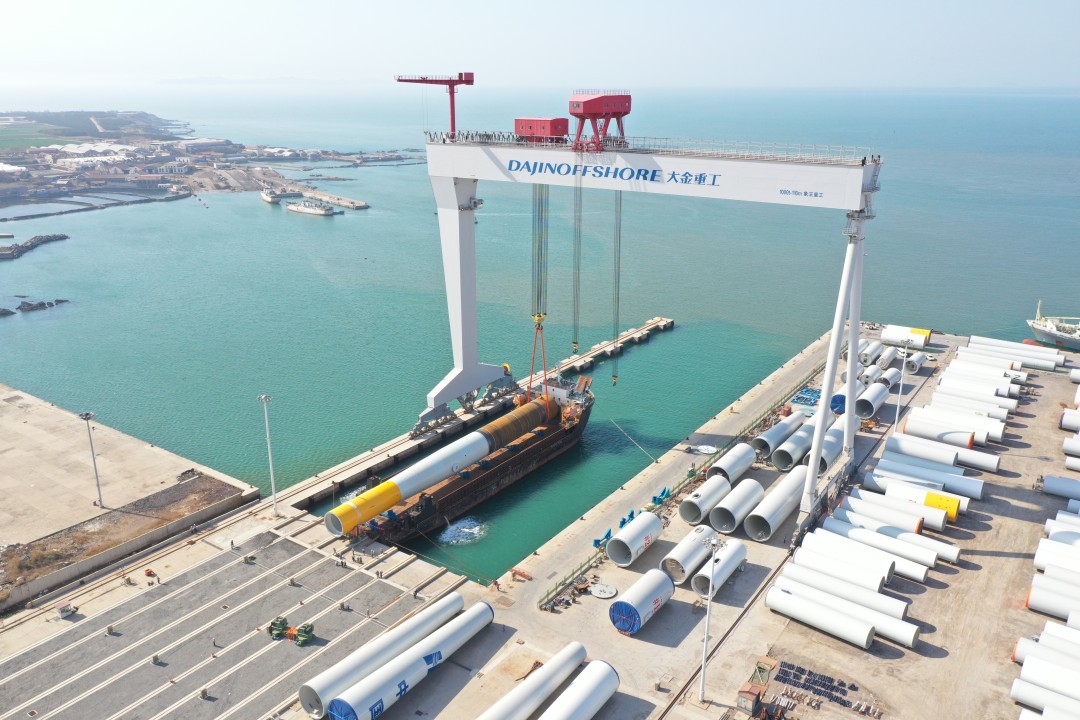 COSCO Shipping said that it will provide two X-class type vessels in 2023 when the monopiles will be transported from China to Moray Firth in Scotland.

A few months ago, Ocean Winds, the developer of the project, signed a contract with China-based Dajin Heavy Industry for the supply of 48 XXL monopile foundations for the offshore wind farm.

The monopiles will weigh about 2,000 tonnes and have a diameter of 10 metres, while the steel was secured from Chinese mills.

In May, Lamprell, which signed a capacity reservation agreement with Ocean Winds in March for the supply of 62 transition pieces, selected OES Group to equip the monopile foundations of the Moray West offshore wind farm with the Impressed Current Cathodic Protection (ICCP) system.

The foundations of the offshore wind farm will be protected against corrosion for 30 years, said OES Group.

The 882 MW project will be comprised of 60 Siemens Gamesa 14.7 MW wind turbines installed approximately 22.5 kilometres from the Caithness coastline.

Moray West secured a Contract for Difference (CfD) as part of the UK Government’s latest CfD Allocation Round.