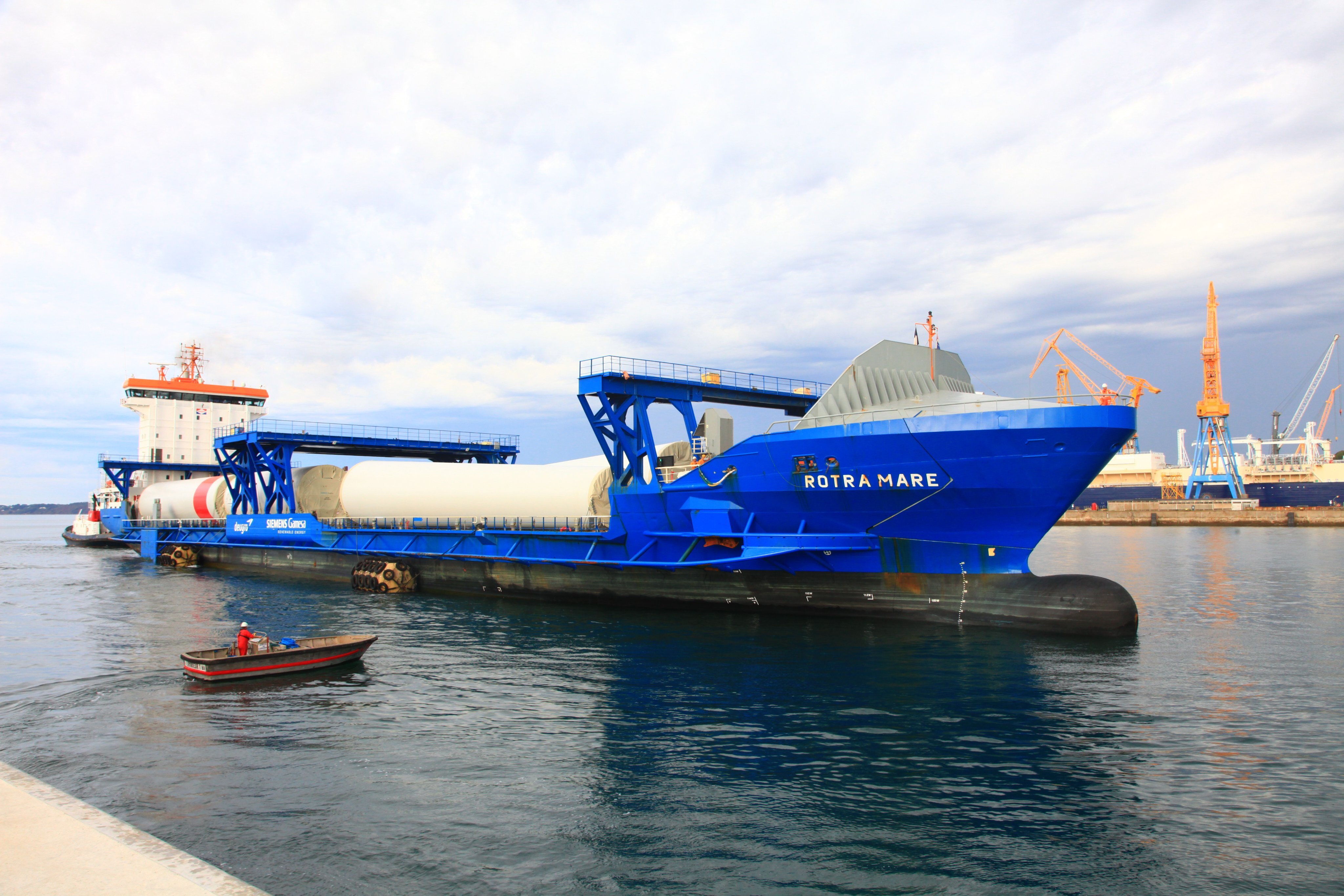 A set of wind turbine towers for the Saint-Brieuc offshore wind farm in France has arrived in Brest on board the Rotra Mare vessel. In Brest, the towers will undergo final outfitting ahead of installation in the Bay of Saint-Brieuc in the English Channel.

The towers are being delivered by Haizea Breizh, the French subsidiary of the Spanish company Haizea Wind Group.

Haizea is manufacturing and painting the towers at its factory in the Port of Bilbao, Spain, and then shipping them to the workshop in the Port of Brest, where the assembly of the internal components such as platform, cables, and ladders is being performed by SPIE Industrie & Tertiaire.

From Brest, the towers will be delivered to Siemens Gamesa’s factory in Le Havre, with shipments to commence in October, according to earlier information about this part of the project.

The 496 MW offshore wind farm will comprise 62 Siemens Gamesa 8 MW wind turbines and will be the first offshore wind project in France to have them installed on jacket foundations.

The installation of the jackets started in July this year and the work is already nearing the halfway mark.

The Saint-Brieuc offshore wind farm, developed by Iberdrola’s wholly-owned subsidiary Ailes Marines, is scheduled to be fully built and put into operation in 2023, from when it will produce 1,820 GWh of electricity per year. 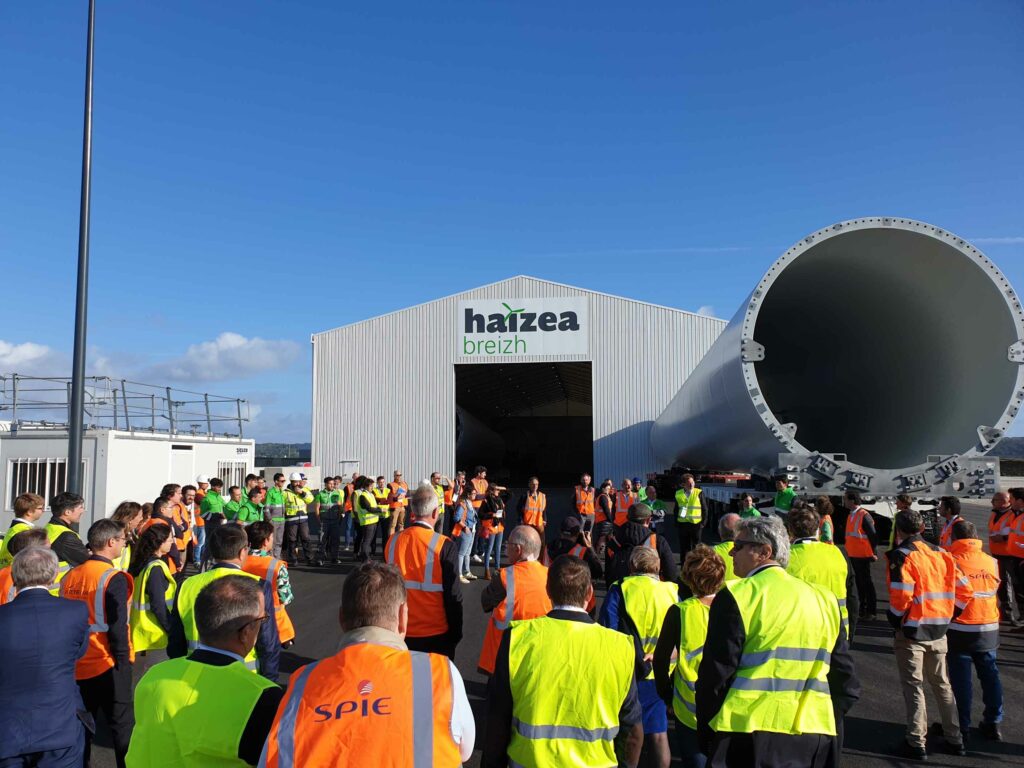