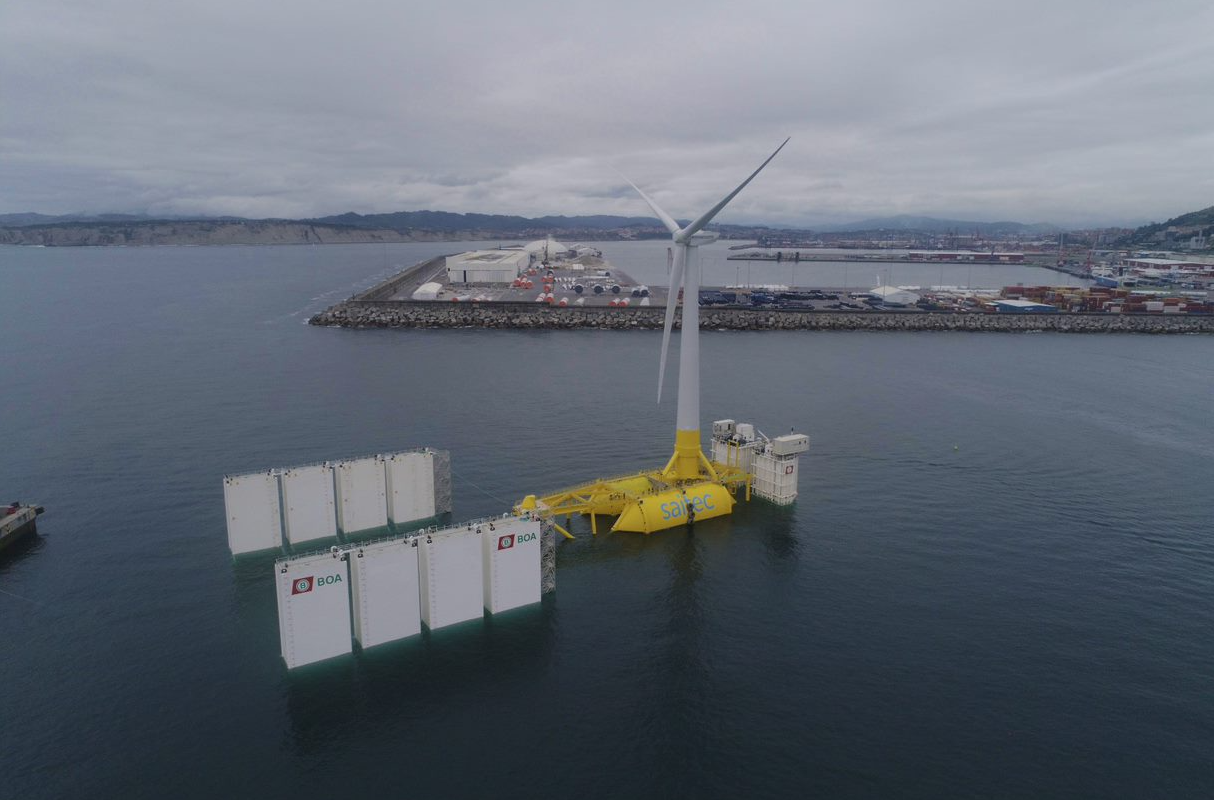 Saitec Offshore Technologies and RWE have loaded out and launched the prototype DemoSATH floating wind turbine at Punta Sollana quay in the Port of Bilbao, Spain.

The DemoSATH unit was loaded onto the semisubmersible barge’s deck by means of Self-Propelled Modular Transporters. The barge was then ballasted down lower into the water until the DemoSATH unit became buoyant, after which it was towed off.

In the following months, the submarine dynamic cable will be deployed at the installation site and the floater will be towed out to be connected to it, as well as to the mooring lines that were installed in late April.

Prior to the launch, the prestressed concrete platform was constructed, assembled, and equipped with a 2 MW turbine at the Port of Bilbao.

”The load-out and float-off operations were an important milestone to fulfill as they were the first of their kind executed for the SATH floating offshore wind turbine,” Araceli Martínez, Chief of Engineering at Saitec Offshore Technologies, said.

”The operations were thoroughly planned between all the parties involved and the final performance was excellent. Once afloat, it took less than 45 minutes to safely berth the DemoSATH wind turbine at quay. After the successful completion of the launching in the Port of Bilbao, we are proud to announce that the demonstrator is ready to become the first floating wind turbine to be commissioned to the mainland Spanish Grid during the next months.”

Saitec Offshore Technologies and RWE Renewables entered into the partnership to develop DemoSATH project in 2020.

The 2MW unit using SATH Technology will be installed in a test field (BIMEP) which is two miles off the Basque coast, where the sea is 85 metres deep.

The SATH design allows the pre-fabrication of concrete components and uses a single-point-of-mooring system that allows the structure to yaw around its mooring and passively align itself to the wave and current direction, the developers said.

The aim of this demonstrator project is to test the technology for its industrialisation for offshore wind farms in deep waters.

”This is another important milestone towards the offshore commissioning of the floating turbine later this year,” Martin Dörnhöfer, Director of Floating Wind at RWE Renewables.

”For us at RWE it is also another milestone on our way to unlock the great potential of floating wind globally, especially in countries with deeper coastal waters, like the US, France, UK, Norway and – certainly – Spain. We aim to have one gigawatt of floating wind capacity in construction or operation by 2030. Jointly with our other pilot projects, DemoSATH enables us to gain early experience for our future developments. Its innovative concrete-based platform further broadens our knowledge on innovative floating wind concepts.”

Teresa Ribera, Third Vice-President of the Government of Spain and Minister for Ecological Transition and Demographic Challenge, participated in the launching event.

”These companies have shown a pioneering spirit to develop this project and prove this technology. We now want to work with companies like this to help them take it forward and make floating wind a reality,” Third Vice-President and Minister Ribera said. 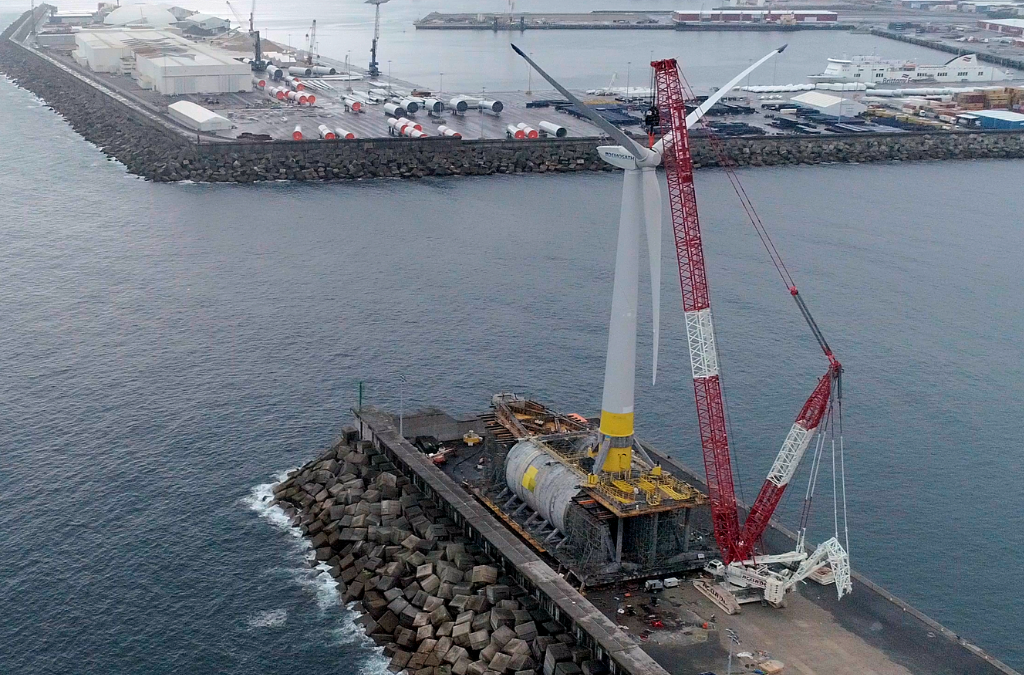