Korea Floating Wind (KF Wind) has signed a Joint Development Agreement Term Sheet with Korea East-West Power, a state-owned generation company in Korea, for a collaboration on the development of floating offshore wind sites off the coast of Ulsan.

Philippe Kavafyan, Chief Executive Officer of Aker Offshore Wind, said at the time that the joint venture was on track to build the world’s first industrial-scale floating offshore wind farms by 2028.

The Term Sheet is the first step that will be matured as the project progresses towards the final investment decision (FID) which is expected in 2024.

”The collaboration with East West Power is a key factor in KF Wind’s path towards FID as it will enable the project to secure a fixed tariff for a period of 20 years. East-West Power, a state-owned company with over 9 GW of generation assets and headquartered in Ulsan, is the best partner we could conceive and will bring a lot of new capabilities to the project,” said Guzmán Figar, Project Director for KF Wind.

The collaboration includes the option for East-West Power to participate in the project as a shareholder and to provide a long-term offtake agreement for the Renewable Energy Certificates produced by the project.

”Now we are learning, thanks to the visit and preliminary discussions of this JDA, how LCOEs can be reduced and how important floating offshore wind will be for the Korean economy. We are thankful to kick-start such a promising partnership,” said Young Moon Kim, CEO of East-West Power.

This Term Sheet is non-binding and will be further developed in a joint development agreement which will be presented to the central authority next year, KF Wind said. 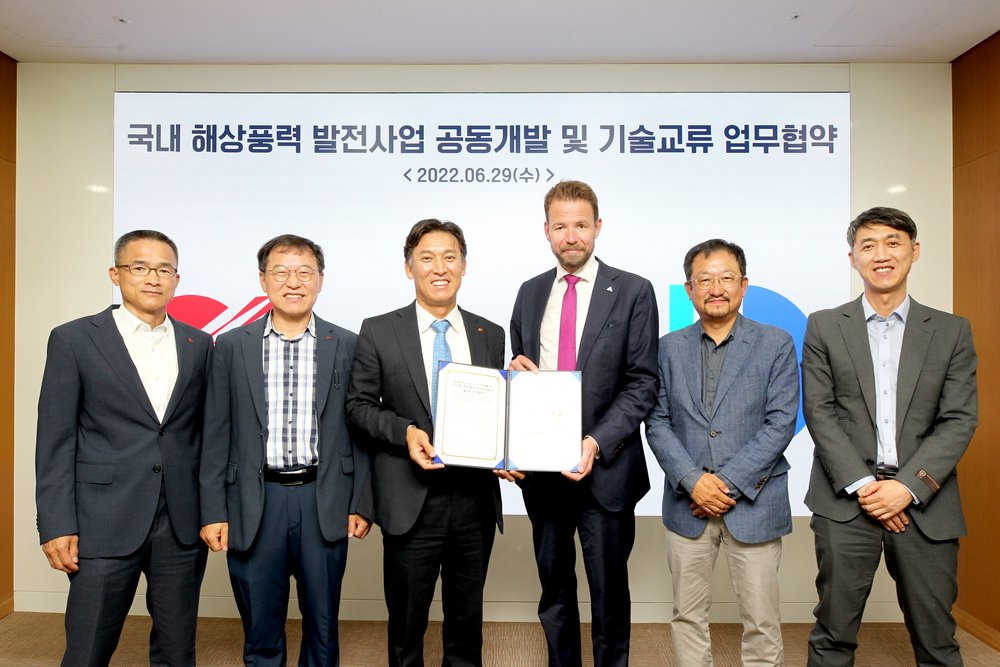