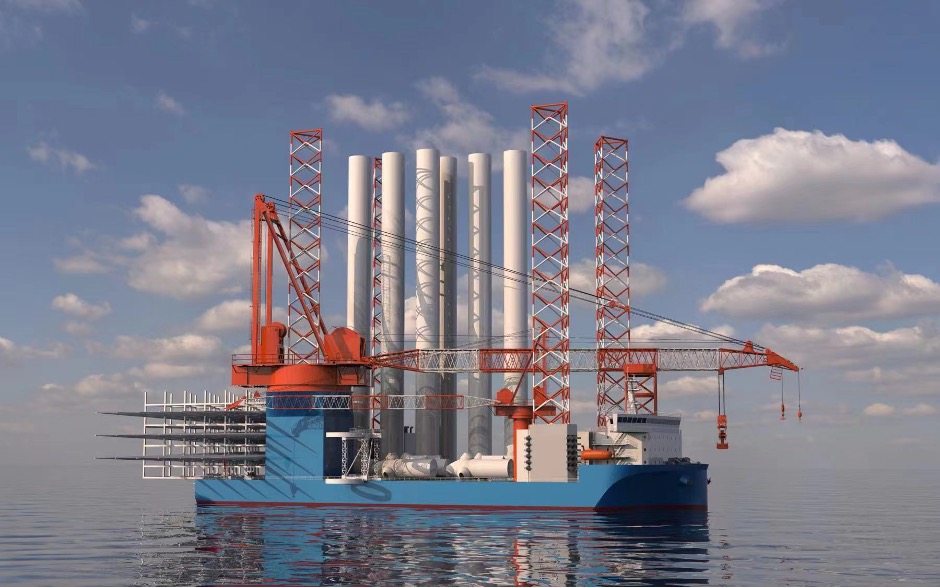 Shanghai-headquartered Wison Offshore & Marine has won a contract from China’s Shandong Lankun Offshore Engineering for the construction of an offshore wind farm installation vessel that will be able to handle offshore wind turbines of up to 16 MW.

Under the contract, Wison Nantong Heavy Industry, a subsidiary of Wison Offshore Engineering, will provide engineering, procurement, and construction (EPC) services for the jack-up vessel, which will be equipped with a crane with a lifting capacity of 1,500 tonnes.

The jack-up will have a DP-2 system and will be capable of operating in water depths of up to 70 metres, according to Wison.

Apart from shipbuilding, the company has been involved in the offshore wind sector as a technology developer as well. Namely, Wison Offshore & Marine has built the semi-submersible floating foundation for the world’s first pilot typhoon-resistant wind turbine.

Earlier this month, DNV issued a verification letter to the company for its w.semi semi-submersible floating wind foundation technology.

“This time, we successfully won the EPC contract for offshore wind power installation platform, which shows that our strength in engineering design, construction management, project planning and other aspects has been fully recognized by the market. It is an important step in the strategic transformation from industrial to EPC general contractor,” said Zhang Wenlu, Assistant President of Wison Offshore Engineering and General Manager of Nantong Base.