Spain’s Greenalia has obtained the authorization in terms of aeronautical easements by AESA (State Aviation Safety Agency) for the assembly of four 12.4 MW wind turbines at the Gofio floating wind farm off the Gran Canaria.

With this permit, Greenalia has the approval for Gofio floating offshore wind farm in the port of Arinaga and for its subsequent towing to the final location, planned in front of the municipality of San Bartolomé de Tirajana, within the territorial sea of the Canary Islands, Spain.

Currently, due to the moratorium on the presentation of new offshore wind farm projects imposed by MITRED through the publication of Royal Decree-Law 12/2021, of 24 June, it is only possible to move forward with the processing of projects that have submitted their application for administrative authorization prior to the publication of the aforementioned Royal Decree-Law, as is the case with the Gofio project, Greenalia said.

Greenalia’s objective is to obtain the necessary environmental and administrative authorizations for Gofio’s construction and, with this, to make Gofio the first offshore wind farm connected to the grid on Spanish coasts.

This installation uses floating technology, key to offshore wind development on the Spanish coasts, so it is expected that this will be the beginning of the definitive deployment of this technology in Spain, the developer said.

The GOFIO wind farm has a capacity of 50 MW, enough energy to supply more than 70,000 homes, through a production system that will avoid the emission of around 140,000 tons of CO2 per year. During the process of development, construction, and operation, the generation of a significant number of jobs, direct and indirect, is expected, which contribute to the development of the green economy in the region, where the company Blue Lines Renewables, based in Gran Canaria, acts as strategic and technological partner.

With the implementation of offshore projects, the Canary Islands can position itself as one of the leaders in floating offshore wind technology worldwide and, with it, achieve the objective of developing 310 MW of marine energy on the coasts of the Canary Islands, as stated by the island government in the Canary Islands Energy Strategy 2015-2025 – EECan25, Greenalia said. 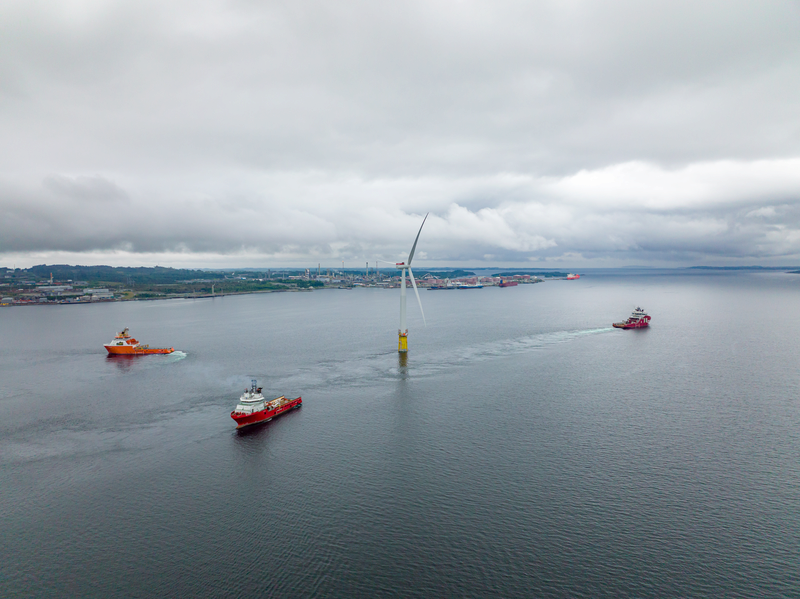