The first phase of construction has been completed at the Saint-Brieuc wind farm offshore France, with the work scheduled to resume on 1 March 2022 at the latest, Ailes Marines, the developer of the 62-turbine project, said.

The operations are fully completed, and Van Oord’s Aeolus is ready to leave the area. Aeolus is waiting for a window of favourable weather to return to its home port in Rotterdam, the Netherlands.

The first phase of the work at sea for the year 2021 started on 3 May and ended on 31 October.

The work was concentrated in the northern zone of the wind farm to allow for the fishing activities in the southern part, Ailes Marines said.

The northern area of the wind farm is characterized by the presence of extremely hard rocks such as sandstone, the developer said. However, the tools used have demonstrated their efficiency by their gradual increase in power, even on the hardest rocks, according to Ailes Marines.

During the first campaign, Aeolus drilled at five wind turbine sites and at the location of the offshore substation.

A total of 19 drillings were carried by the vessel, three-quarters of which were at the desired depth objective. The pin piles were installed in three positions, those of the SB30 and SB26 wind turbines, and that of the electrical substation.

The pre-trenching campaign along the wind farm’s inter-array cable routes in the north part was completed in August.

The vessel Aethra also carried out preparatory operations for the 2022 work sequence which will also be carried out in the northern part.

The first phase of construction work faced several setbacks, including malfunctioning drilling equipment, and work being halted by local fishermen.

For the 2022 campaign, Ailes Marines plans to complete the installation of cables, the pin-piles, the 62 three-legged jacket foundations, and the offshore substation.

Ailes Marines is a wholly-owned subsidiary of Spain’s Iberdrola. 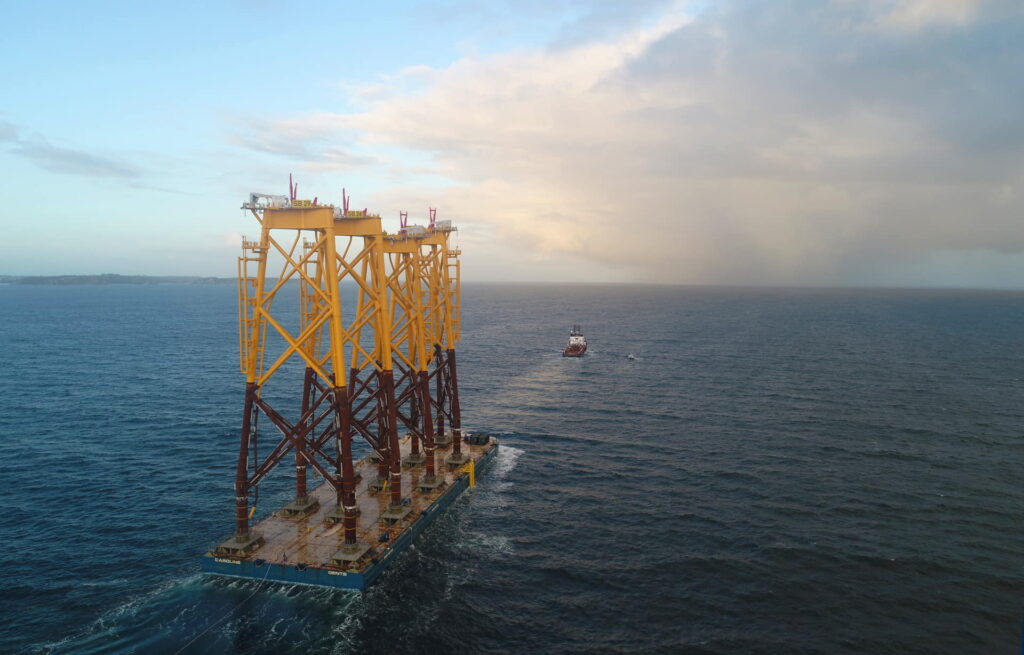