The minimum output of wind turbines to be used at the Hollandse Kust West Wind Farm Zone has been set to 14 MW each, according to Camiel van der Hout and Emelie de Wagt from the Dutch Ministry of Economic Affairs and Climate Policy, who provided updates on the zone and the upcoming tender at the Offshore Energy Exhibition and Conference (OEEC) in Amsterdam.

The tender for building offshore wind farms at the zone is expected to be opened this December and the Dutch government anticipates to receive final bids by April 2022.

This month, the State Secretary for Economic Affairs and Climate Policy sent a letter to the Dutch House of Representatives with an update on a revised tender draft, which now opts for financial bids, and considers ecological innovation for site VI and system integration for site VII.

Furthermore, updates to the tender’s site descriptions, which set out wind turbine specifics for the zone’s VI and VII sites, now limit the number of units to be installed on each site to 60 and set a minimum capacity per turbine to 14 MW, instead of the previously planned 10 MW.

“The reason for this is the appointment of Brown Bank as a Nature 2000 area with six bird species. It is a process that is ongoing, so it has not yet been completed yet, but we have to take into account that it will be appointed soon. To protect these six bird species, we have to minimise the impact of the offshore wind turbines and the main possibility to do is to reduce the number of turbines, which means we have to lift minimum capacity”, Senior policy advisor for offshore wind at the Ministry of Economic Affairs and Climate Policy, Camiel van der Hout, said at OEEC 2021.

Van der Hout also said that the site descriptions, which need to be issued in order to launch the tender, are expected to be in place before the end of December.

The reasons for the tender now most likely to be set up for financial bids include reinforcing competition, as well as the efficiency aspect of the investments as it would stimulate developers to push for greater quality projects instead on nice-to-haves. Furthermore, this kind of bids would also benefit the general public in the Netherlands as they would be poured into the national budget, according to Emelie de Wagt, policy officer for offshore wind energy at the Ministry of Economic Affairs and Climate Policy.

In November 2021, the Ministry will publish the draft versions of the Ministerial Regulations for the tender, which the sector will be able to informally view, before the final decision enter into force.

The offshore wind farms to be developed at the two Hollandse Kust West sites, totalling around 1,400 MW of installed capacity, will become operational in 2025/2026. 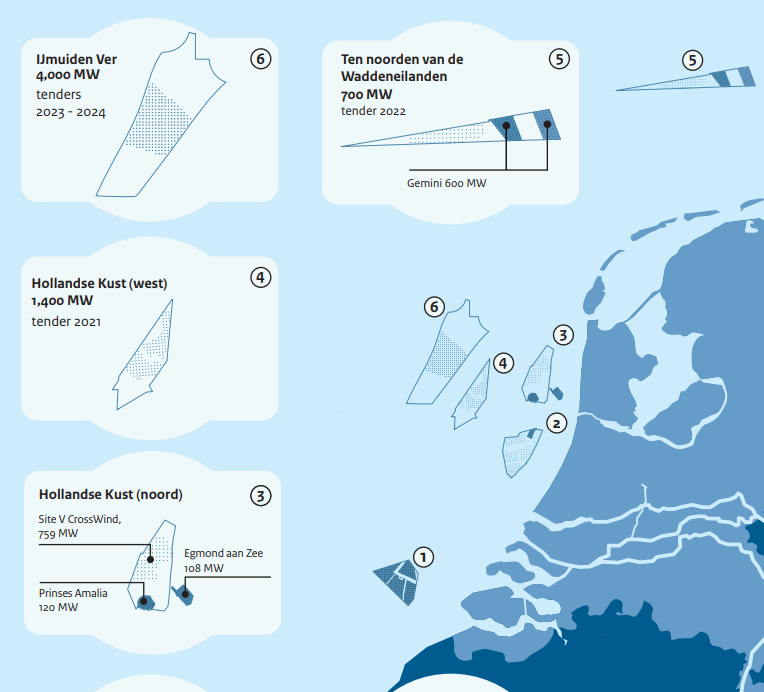