Metocean studies for the Erebus and Valorous projects, the first floating wind farms to be built in Welsh waters, are now underway, the developer Blue Gem Wind reported on 27 July.

The studies, which will support the design of the two floating wind projects, are being performed by ABPmer, which will deliver the certifiable metocean design bases to inform front end engineering design (FEED) and Detailed Design for both projects. This includes the production of fully calibrated spectral wave and hydrodynamic hindcasts.

The studies, scheduled to be completed in late Summer this year, will provide extreme and operational metocean criteria for the array and export cable corridors for both projects.

Shortly after that, the partnership secured seabed rights to develop the Erebus project at a site located 45 kilometres South West of the Pembrokeshire coastline. The 96 MW wind farm will feature up to 10 turbines on WindFloat platforms.

The Valorous project, located some 50 kilometres South West of the Pembrokeshire coastline, represents the second floating wind project being progressed by Blue Gem Wind in the Celtic Sea, for which Blue Gem Wind submitted a scoping report in February. 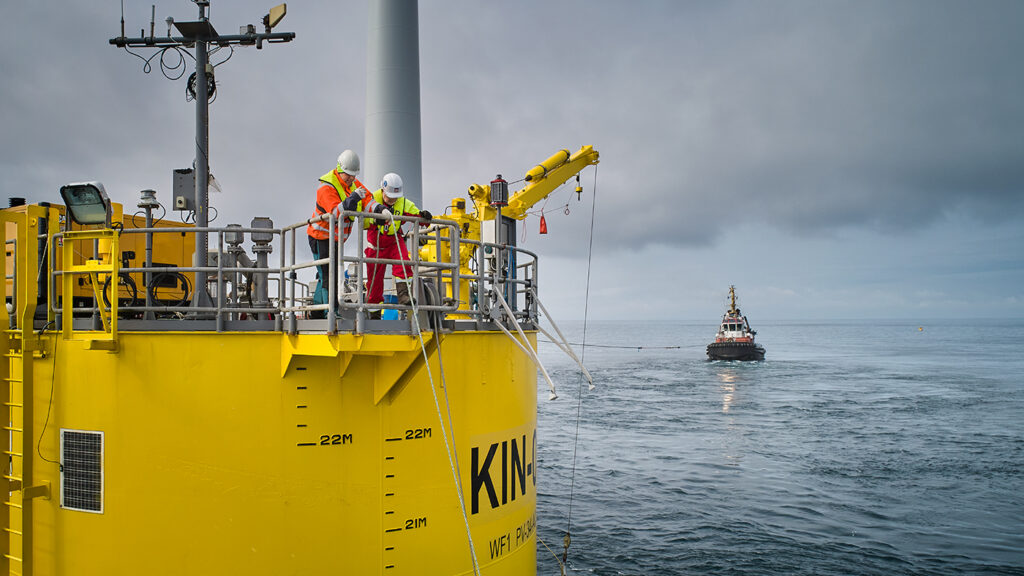