After taking the delivery of its first-ever service operations vessel (SOV) earlier this month, DEME has officially named Groenewind, which is now ready to start working at the Rentel and SeaMade offshore wind farms in Belgium.

DEME held the naming ceremony on 25 June, with the Belgian Federal Minister of Energy, Tinne Van der Straeten attending as the vessel’s godmother.

Now, Groenewind is set to enter service as the vessel is already deployed under a long-term charter contract with Siemens Gamesa Renewable Energy (SGRE), whereby it will transport technicians to the Rentel and SeaMade offshore wind farms in Belgium, DEME said.

According to the company, this is the world’s first DP2, twin-hulled service operations vessel.

Turkish Cemre Shipyard delivered Groenewind to DEME at the beginning of June.

The 60-metre SOV, equipped with a motion compensated gangway and daughter craft, can accommodate up to 24 technicians and a nautical crew, and is expected to enable crew transfers in significant wave heights of up to 2.5 metres.

The Rentel offshore wind farm, located some 40 kilometres off the coast of Oostende, comprises 42 Siemens Gamesa 7.35 MW wind turbines, which have been in operation since January 2019. 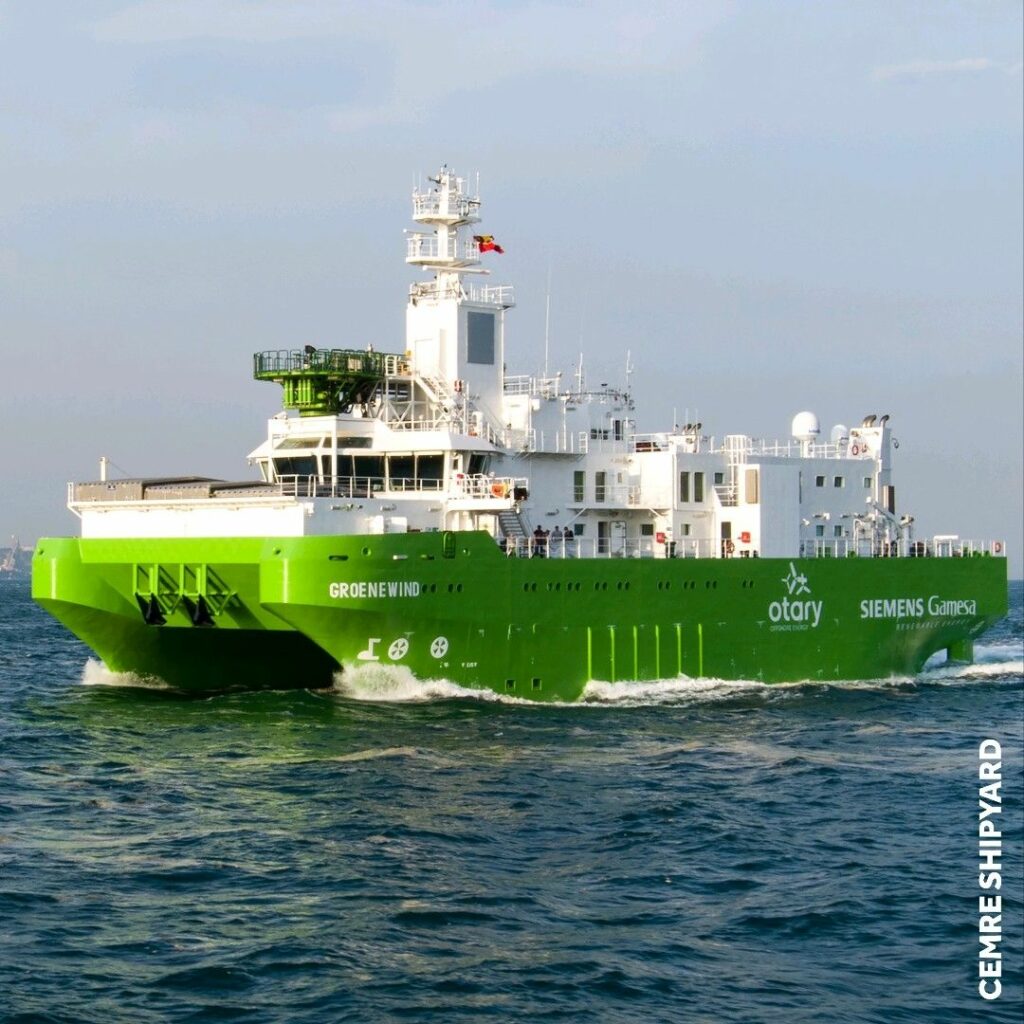