Ten wind turbine generator (WTG) technicians Ørsted Taiwan recently recruited have departed for training in the UK, the company reported on 5 May.

The team of ten technicians, who will be on their training secondment in the UK until the end of the year, were recruited in January, when the offshore wind developer hired 22 people for Operations and Maintenance (O&M) on its projects in Taiwan. This includes twelve WTG, eight high-voltage, and two Balance of Plant (BOP) technicians.

The technicians who are going to the UK have completed their onboarding and language programmes, as well as the Global Wind Organization’s safety and technical trainings in Taiwan.

During the next eight months, they will be secondees in Ørsted’s UK East and UK West Site Operations Teams and undergo training in various technical aspects of offshore wind farm operations, learn Ørsted’s operational safety standards, and work alongside their O&M colleagues in the UK across a number of operating wind farms in the country.

“This training secondment programme is to our knowledge the first of its kind developed by an offshore wind company for Taiwan”, said Andreas Munk-Janson, Head of Operations of Ørsted Asia-Pacific.

“The UK region was selected to host the secondment due to its market maturity and well-established experience with the Direct Drive turbine technology and Service Operations Vessels (SOV). This best reflects the setup for the future Site Operations for the Greater Changhua 1 & 2a Offshore Wind Farms”.

Preparations for the O&M phase of the Greater Changhua 1 and 2a project began in 2019, since when the developer has signed a charter for the first-ever Taiwan-flagged Service Operation Vessel (SOV), held recruitment campaigns, and broken ground for its first O&M base in the Asia-Pacific region.

Offshore construction of Greater Changhua 1 and 2a has now begun, with the first jacket foundation for one of the project’s two offshore substations being installed.

The project will comprise a total of 111 Siemens Gamesa 8 MW turbines installed on jacket foundations in the Taiwan Strait, some 35 to 50 kilometres off the coast of Changhua County. 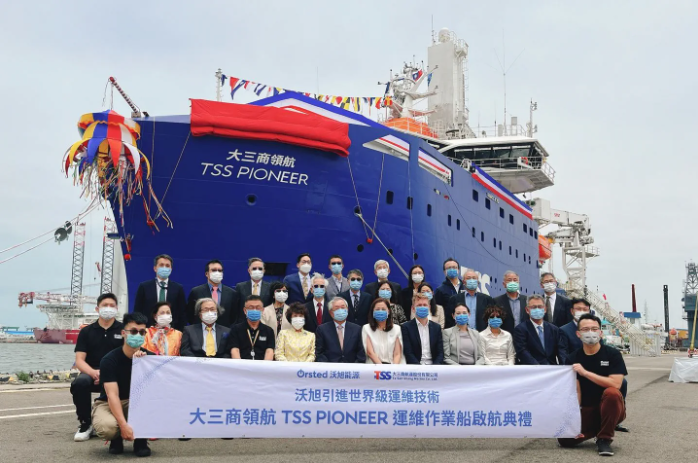