Cadeler has mobilized and handed over its jack-up vessel Wind Osprey for the installation of turbines at the Triton Knoll offshore wind project in the UK.

The jack-up is now in Able Seaton Port where load out operations will take place for the duration of the project.

According to Cadeler, the vessel was able to mobilize for the project and transit the North Sea despite wintery weather conditions in the Danish Port of Esbjerg.

The decision to rebrand the vessels comes as a result of the establishment of Cadeler as a listed company in November 2020. The company stated that the names were selected to reiterate its commitment to serving the offshore wind industry. 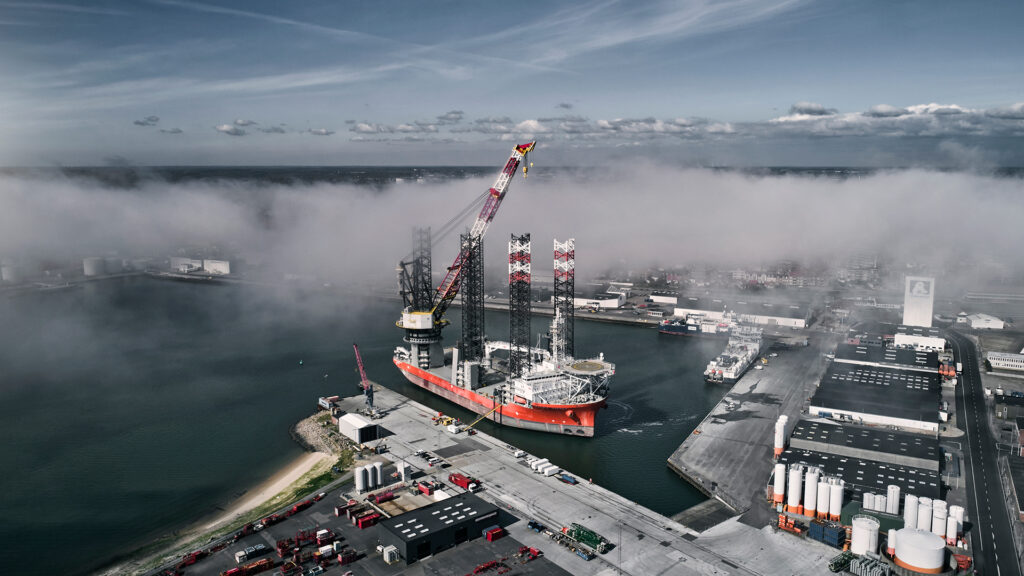