Ørsted, Siemens Gamesa, ITM Power, and Element Energy have been awarded EUR 5 million in funding to demonstrate and investigate a combined wind turbine and electrolyser system designed for operation in marine environments.

The Fuel Cells and Hydrogen 2 Joint Undertaking (FCH2-JU), a public private partnership of the European Commission, has awarded the consortium behind the OYSTER project with the funding to investigate the feasibility and potential of combining an offshore wind turbine directly with an electrolyser and transporting renewable hydrogen to shore.

The consortium will develop and test a megawatt-scale fully marinised electrolyser in a shoreside pilot trial. The project will be coordinated by Element Energy.

The electrolyser system will be designed to be compact, to allow it to be integrated with a single offshore wind turbine, and to follow the turbine’s production profile, the consortium said.

Furthermore, the electrolyser system will integrate desalination and water treatment processes, making it possible to use seawater as a feedstock for the electrolysis process.

“To create a world that runs entirely on green energy, we need to electrify as much as we can,” Anders Christian Nordstrøm, Vice President and Head of Ørsted’s hydrogen activities, said.

”However, some sectors cannot decarbonise through electrification and that’s where renewable hydrogen could play a significant role. Offshore hydrogen production could be a future, supplemental way of getting large amounts of energy generated from offshore wind power to shore. As the largest offshore wind company in the world, we’re of course keen to better understand what it will take to produce renewable hydrogen offshore as a potential future supplement to production of renewable electricity. Having pioneered the offshore wind industry, we know that thorough analysis and testing are required before deploying new technologies at sea.”

The OYSTER project partners share a vision of hydrogen being produced from offshore wind at a cost that is competitive with natural gas, with a realistic carbon tax.

This project is seen as a key first step on the path to developing a commercial offshore hydrogen production industry.

Michael Dolman, Associate Director at Element Energy, said: “Offshore wind is now one of the lowest cost forms of electricity generation in Europe and will have an important role in Europe’s decarbonisation plans. There is growing interest in transporting renewable energy in the form of hydrogen, particularly for sites far from shore. Realising such a vision will require further development and innovations of the type to be demonstrated in the OYSTER project, which Element Energy is pleased to coordinate.” 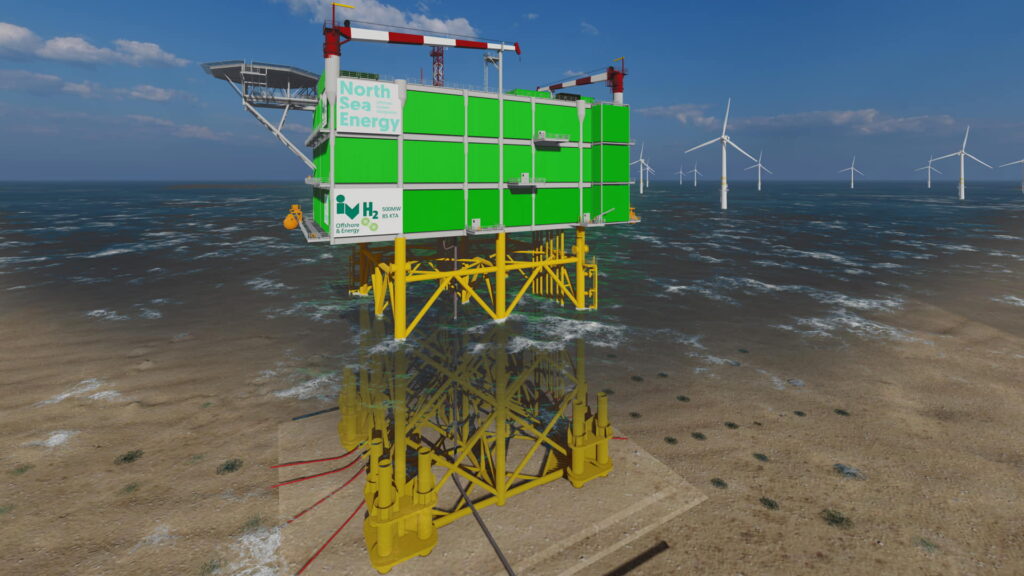