The last jacket foundations manufactured by Lamprell for the Moray East offshore wind farm have been loaded onto a heavy lift vessel at Rig Metals in Dubai, UAE, and will soon set sail to Europe.

According to DEME Offshore, the last jacket delivery from Lamprell and the recent installation of the third and final offshore transformer module (OTM) have both been done on schedule, despite the challenges of the COVID-19 pandemic.

DEME Offshore, the EPCI contractor for Moray East’s jacket foundations, contracted Lamprell for the fabrication of 45 wind turbine jackets and the three jackets for the project’s OTMs.

The remaining 55 wind turbine jacket foundations were awarded to Smulders, where the works are still ongoing at the fabrication yards in Belgium and the UK, according to DEME.

The first eight jacket foundations from the UAE arrived in the Port of Nigg in May. The following month, the first batch from Smulders’ UK fabrication yard was sent to Nigg.

So far, 29 wind turbine jackets have been installed at the project site some 22 kilometres off the Aberdeenshire coast, according to Moray East’s Notice of Operations from 14 September.

The wind farm will feature 100 MHI Vestas 9.5 MW wind turbines, which will feed electricity into the three OTMs, from where it will be transmitted to the onshore substation at New Deer in Aberdeenshire. 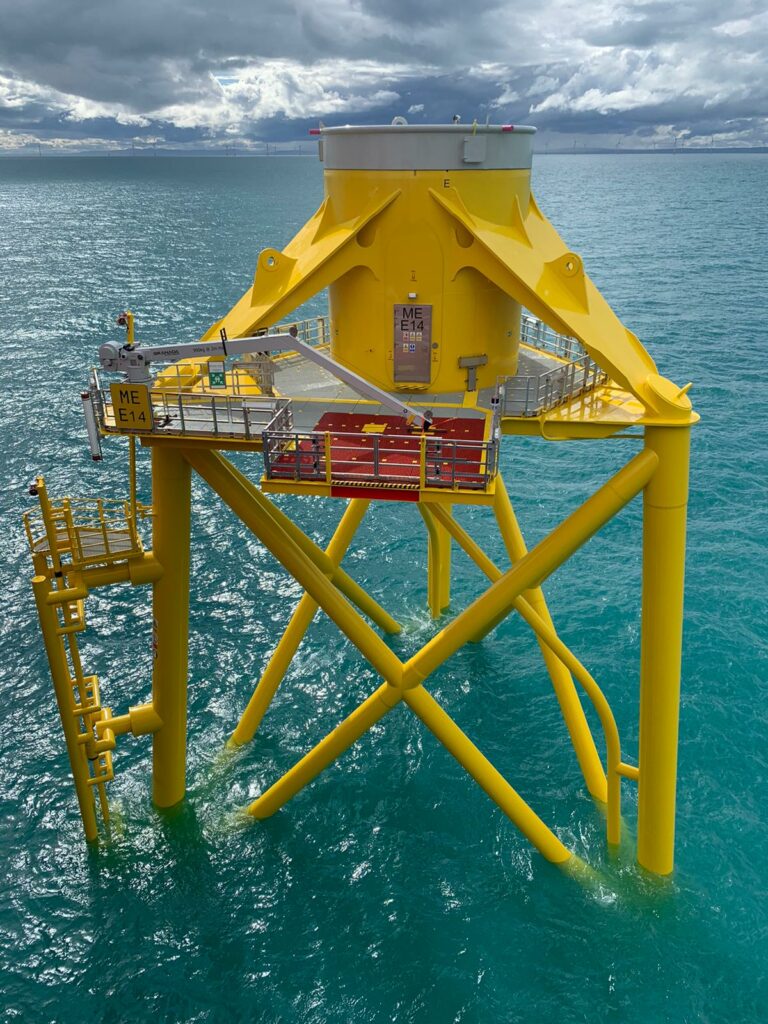