Equinor and SSE Renewables plan to build a new Operations and Maintenance (O&M) base at the Port of Tyne, UK, to service the 3.6 GW Dogger Bank offshore wind project.

The construction of the wind farm, led by SSE Renewables, began in January 2020. As the operator for the operations phase, Equinor will construct this new O&M base, and operate the wind farm for its expected life of more than 25 years.

The new facility, which includes both office space and a warehouse, will be the onshore base for Equinor’s teams. The project is expected to generate over 200 direct jobs in the region, as well as opportunities for companies at all levels of the supply chain.

The Dogger Bank Wind Farm is estimated to trigger a total capital investment of approximately GBP 9 billion between 2020 and 2026.

Stephen Bull, Senior Vice President for Equinor’s North Sea New Energy Solutions, and Chair of Renewable UK, said: “The North East has a strong industrial heritage and a supply area that stretches north and south of the River Tyne. With a strong low-carbon vision for the future; as well as targets to become net zero in its own operations by 2030 the Port of Tyne is clearly well set up to attract future investments which we hope will complement our activities.”

The jobs required to operate an offshore wind farm include maintenance technician roles, that will predominately be based offshore, as well as office-based teams to support the operations from land. The main recruitment activity will begin in early 2022 and ramp up as the project nears operation, with the first phase due to begin producing electricity in 2023.

The Dogger Bank wind farm comprises three 1.2 GW phases, with each phase located more than 130 kilometres from the North East coast of England. The final investment decision on Dogger Bank A and Dogger Bank B will be made in late 2020, with the FID for Dogger Bank C scheduled for 2021.

All three phases will feature GE Haliade-X 12 MW wind turbines installed on monopile foundations. A preferred supplier for the fabrication of the foundations will be announced in 2020, the developers said.

The project is also committed to engaging with the UK supply chain, to ensure that UK companies have the chance to get involved, whether it be directly or through one of the project’s Tier One and Two suppliers. An online procurement portal has been established and meet the buyer events will be held in due course, to encourage UK companies to get involved, the developers said. 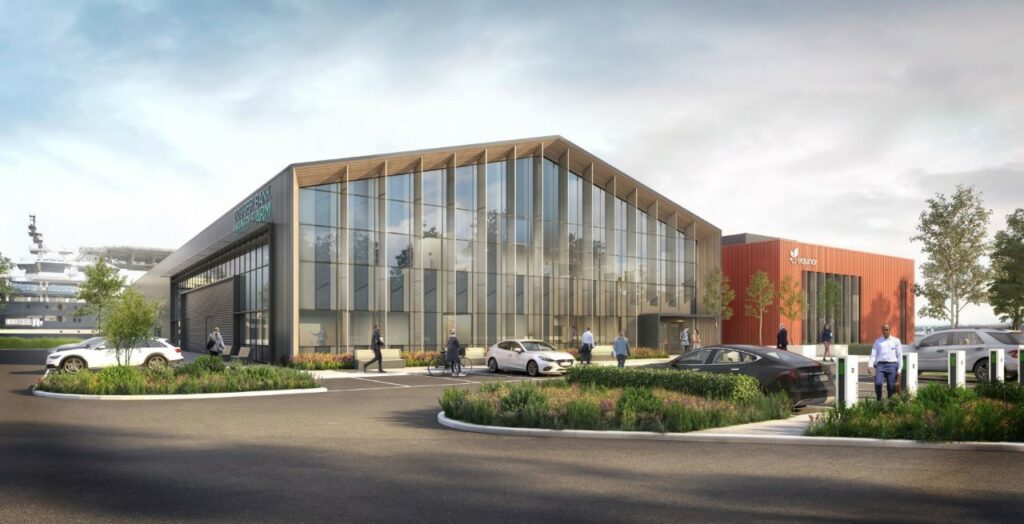