The company is considering both the vessels in its own fleet and externally to carry out the installation of Moray East jackets, first eight of which have now arrived at the Port of Nigg.

”We are doing our utmost to minimise the impact on the project,” a spokesperson for DEME said in an email statement sent to OffshoreWIND.biz.

The Orion is scheduled for delivery to DEME in the second half of this month. The vessel was supposed to set sail for the UK to work on the Moray East offshore wind farm shortly after the takeover by DEME.

However, as reported on 2 May, the Liebherr heavy-lift crane installed on the Orion collapsed during a load test in Rostock, Germany, leaving the crane heavily damaged and the vessel with some damage on the deck.

DEME confirmed to OffshoreWIND.biz on 5 May that the first findings pointed to a failure of the crane hook as the cause of the accident.

Further investigations are being undertaken to confirm the cause of the accident, as well as the extent of the damage to both crane and vessel.

On the Moray East offshore wind farm, the Orion was to install 103 jacket foundations, 100 for the project’s wind turbines and three for the offshore substations. 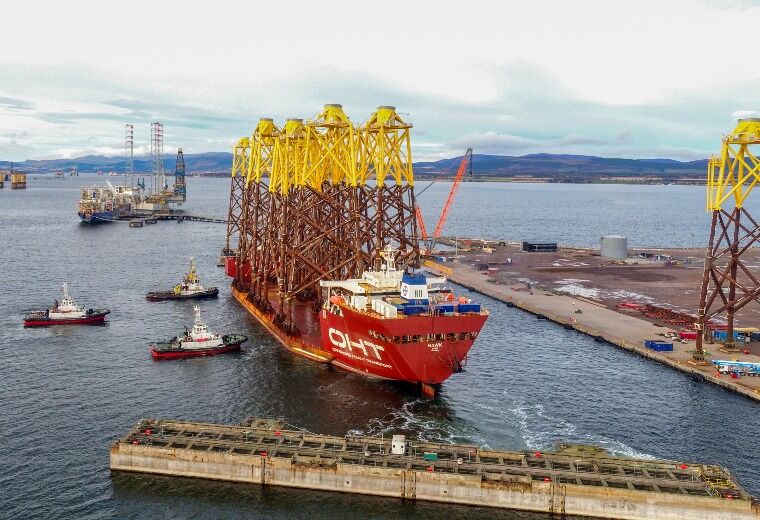