The investigations into the collapse of the heavy-lift crane onboard the installation vessel Orion are ongoing, with the first findings indicating that ”the accident had to do with a failure of the crane hook”, a spokesperson for DEME Group told Offshore WIND.

However, further investigations will need to be carried out to confirm the cause, DEME said.

As previously reported, the Liebherr HLC 295000 crane collapsed while undergoing load tests at the Liebherr construction yard in Rostock, Germany, on Saturday, 2 May.

”The crane is heavily damaged, the vessel has some damage on the deck – the extent of the damage to both crane and vessel are further being investigated,” the spokesperson said.

The DP3 vessel is still owned by COSCO (QIDONG) OFFSHORE CO., LTD., and is expected to be delivered to DEME NV in the second half of May.

At the time of the accident, there were reports of several people sustaining minor injuries in the incident.

According to DEME’s spokesperson, one Chinese COSCO crew member is still in hospital with minor injuries. No DEME employees were injured. 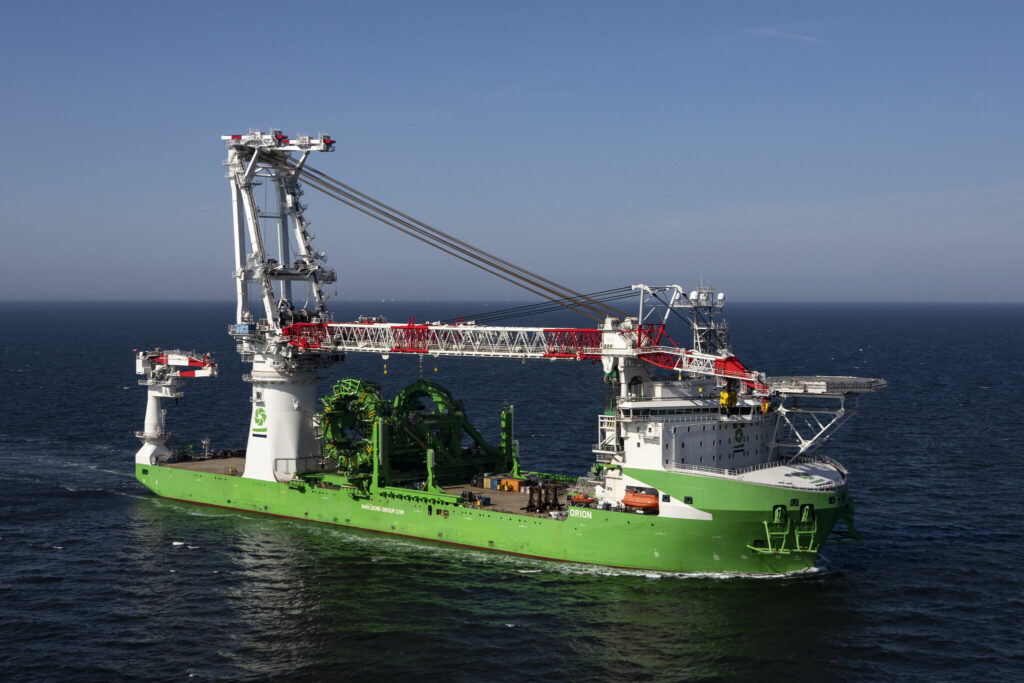