Ørsted has entered into an agreement with the Port of Virginia to lease a portion of the Portsmouth Marine Terminal for offshore wind staging materials and equipment.

Ørsted could use the site for work on the Coastal Virginia Offshore Wind (CVOW) project, as well as for staging materials and equipment for its projects on the East Coast.

The agreement is for an initial lease of 1.7ha, with options to expand to an additional 40ha. If fully executed, the lease will run through at least 2026, during which Ørsted plans to install nearly 3GW of wind energy projects in the U.S.

The deal could be worth nearly USD 13 million in lease payments and result in site upgrades worth more than USD 20 million for cranes and improvements to a section of the terminal’s berth to ensure heavy load capacity.

These investments are expected to prepare the site for activities such as pre-assembly, staging, and loading of wind turbines for Ørsted’s other projects.

The agreement was ratified on 28 January by a unanimous vote of the Virginia Port Authority Board of Commissioners.

“This is a strategic decision by leaders in the offshore wind industry to take advantage of Virginia’s world-class port,” said John F. Reinhart, CEO and Executive Director of the Virginia Port Authority.

“By welcoming Ørsted and allowing it to leverage the Portsmouth Marine Terminal, we could jumpstart an almost entirely new industry. The result is job creation, economic investment, diversification of the Virginia economy, and clean, renewable energy.” 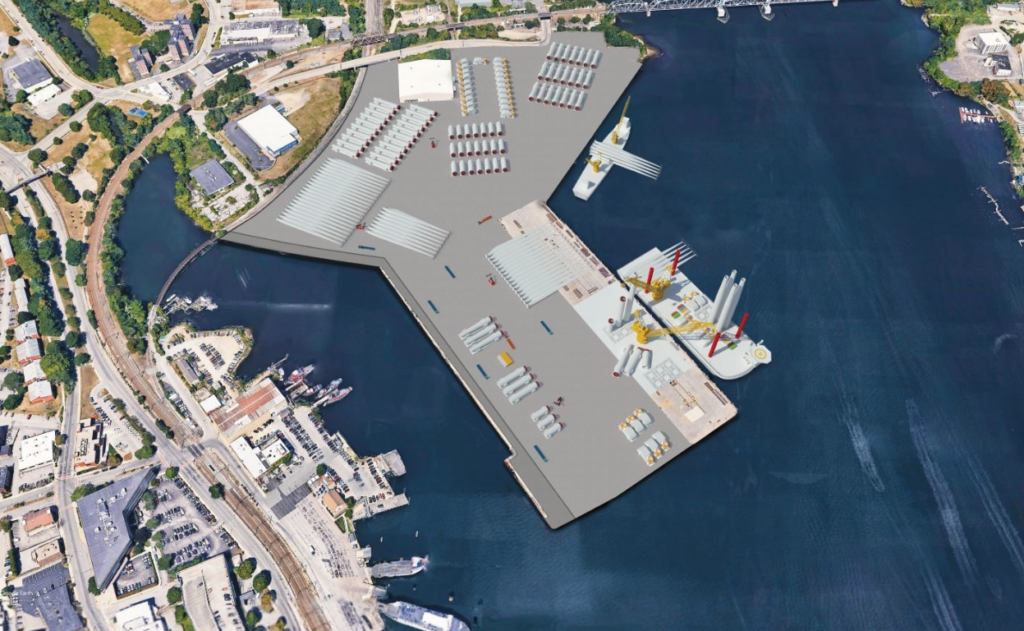