The system, the first of its kind in Japan, was installed at a sea depth of about 50 metres and is located 15 kilometres off the coast of Kitakyushu.

During demonstration operations, the validity of the system’s design will be evaluated by comparing design values with various measurement values obtained from the demonstration system such as those pertaining to electricity production, wave pressure, and mooring force, NEDO said.

Technologies will also be developed for the maintenance of the floater and the mooring system using a remotely-controlled unmanned submersible vehicle, and for the failure prediction diagnosis system for the wind turbine.

The structure was tugged from Kitakyushu Port on 29 August 2018 and arrived at the site before facing three super-typhoons just after the installation, according to Ideol. The floating wind turbine ”confirms its excellent seakeeping performance already witnessed on Ideol’s Floatgen project,” Ideol said. 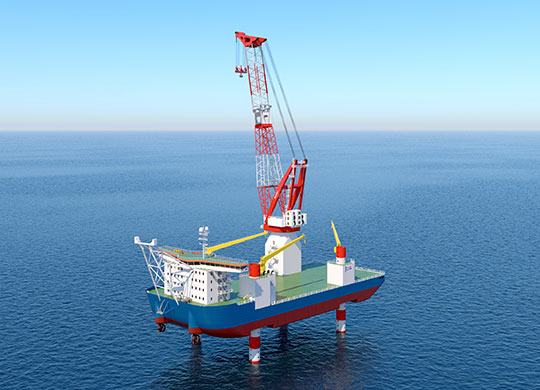