The Crown Estate has provided further details on plans for a new offshore wind seabed leasing round in the UK, including proposed locations to be offered for new seabed rights, and a likely increase in capacity from 6GW to 7GW.

The updates include The Crown Estate’s proposed refinement of available seabed regions within which developers would have the opportunity to identify and propose sites.

This work identifies five regions that The Crown Estate proposes to include in plans for a new leasing round, on the basis that they are technically feasible, include sufficiently large areas of available seabed for offshore wind development and have lower levels of development constraint. The five regions are Dogger Bank, Southern North Sea, East Anglia, North Wales, and Irish Sea.

The Crown Estate has also identified four regions which could be taken forward for further consideration, on the basis that additional work is required to build the evidence base and engage with technical stakeholders about these areas, in order to better understand the seabed resource and constraints and confirm their inclusion. The four regions are Yorkshire Coast, The Wash, South East, and Anglesey.

There are also nine regions that will not be taken forward as part of Round 4, on the basis that they are impacted by significant development constraints, which would be challenging to mitigate, namely: defence ranges and exercise areas; visual sensitivity (i.e. where development would predominately or entirely be within 13km of shore) and overlap with shipping routes that contain traffic of more than 10,000 ships per year.

As plans progress, The Crown Estate will continue to engage with technical stakeholders and build the evidence base on the nine regions being taken forward at this stage. This will enable it to finalise the regions to be offered to market, ahead of confirming the launch of Round 4, and later, help to inform developers in their identification of sites.

To reach this point, The Crown Estate has undertaken a spatial analysis of technical resource and constraints, including other sea users and environmental sensitivities, through a combination of Geographic Information System (GIS) and qualitative analysis.

The detailed analysis that underpins the regions refinement work will be published later this month, including a Methodology Report, GIS model outputs, associated draft Characterisation Reports for each of the nine regions being taken forward at this stage, and an Interim Summary Stakeholder Feedback Report.

Other updates to The Crown Estate’s proposals included a likely capacity increase from 6GW to 7GW, in light of strong market appetite and the desire to ensure a sufficient pipeline is in place.

Available regions are also to be extended from 50m to 60m water depths, after feedback from industry confirmed appetite for development of fixed foundation turbines beyond the 50m initially proposed.

Following statutory stakeholder feedback, The Crown Estate is also commissioning additional work on key issues of uncertainty, including further assessments on marine protected area sensitivities, ornithology and visibility analysis. A parallel engagement event with the market will take place on 26 November, at which The Crown Estate will share further detail on the proposed tender design. 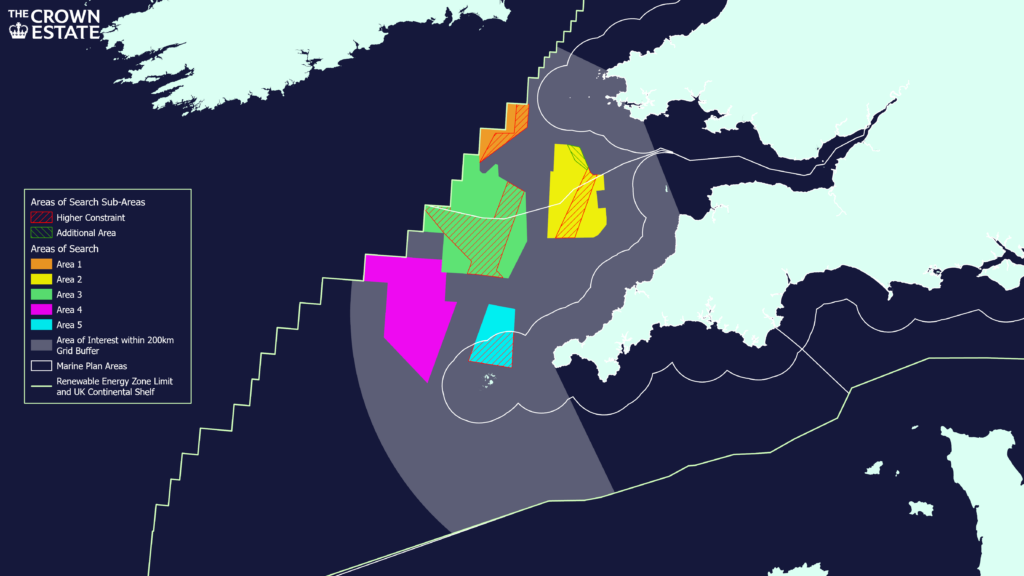