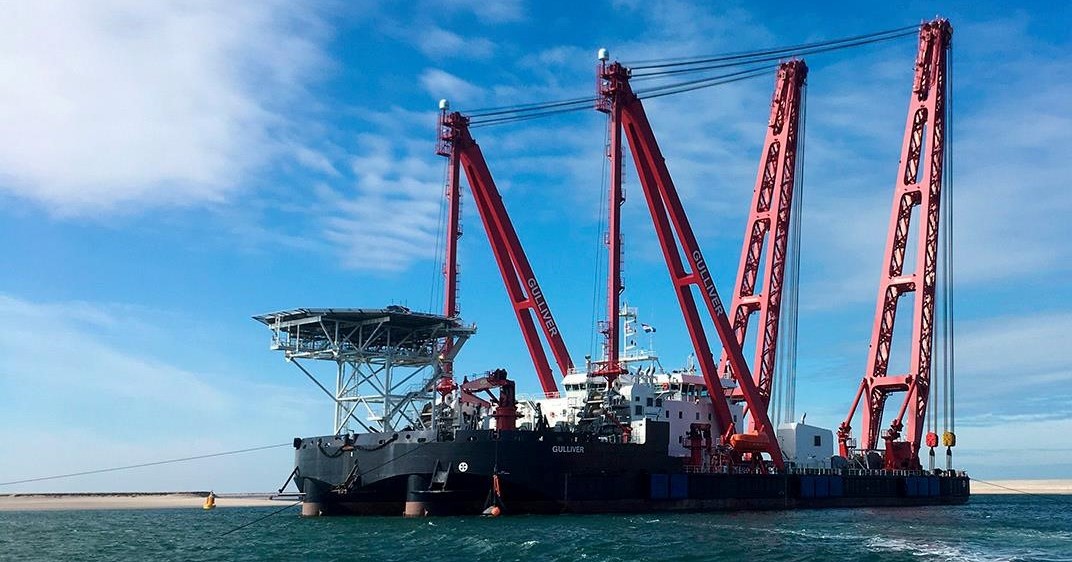 Formerly known as Rambiz 4000 due to its lifting capacity made up of two 2,000-tonne cranes, Gulliver was ordered to further support and expand Scaldis’ services, including the installation and decommissioning activities for the oil & gas and offshore wind industries.

The vessel was built at the Hong Qiang shipyard in China, which sent off Gulliver to Europe in July 2017.

The four azimuth thrusters and the DP2 system allow installation work to be conducted in deeper water without the use of anchors. The crane vessel is also equipped with four main working anchors and winches, and four secondary devices.

The vessel and its cranes are an integrated design which allows the maximum load to be hoisted in wave heights of up to 1.5m. In these circumstances, the freeboard is not less than 3m anywhere on the vessel. In standby or transport modes, significant wave height can be as much as 7m. The maximum load can be lifted in water depths of around 5m.

Gulliver is equipped with a so-called ‘moonpool’ for the purposes of operating a separate ROV (Remotely Operated Vehicle) for inspecting and supervising installation work on the seabed. The vessel also comprises a helipad and room to accommodate 78 people. 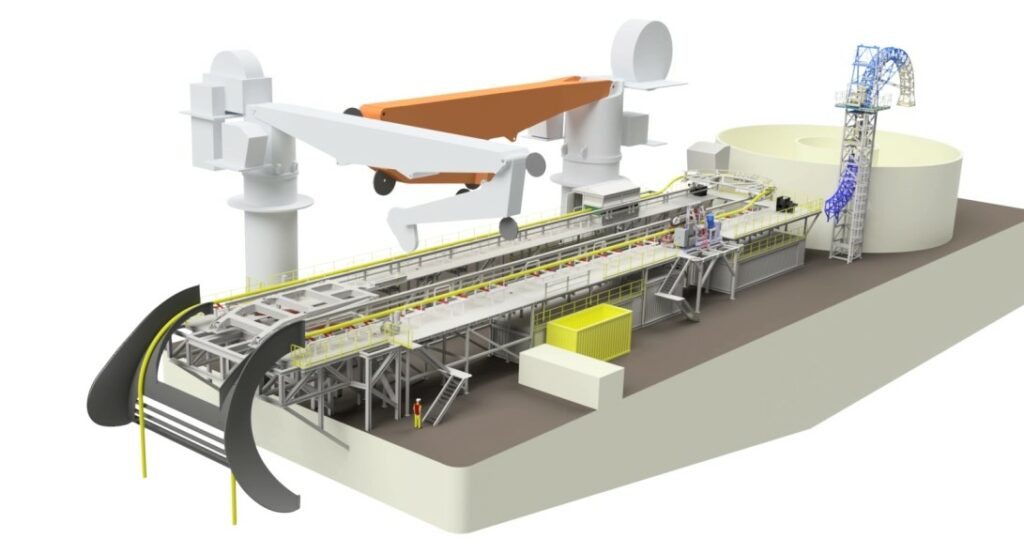